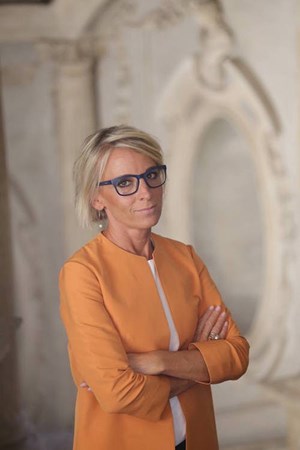 Following four successful years as director of Artissima, Sarah Cosulich will once more lead the fair in 2016. Under her direction, the fair has expanded geographically and has consolidated its experimental identity and objectives.

Following four successful years as director of Artissima, Sarah Cosulich will once more lead the fair in 2016. Under her direction, the fair has expanded geographically and has consolidated its experimental identity and objectives. Dedicated to the pioneers of the avant-garde, the Back to the Future section has narrowed its focus and deepened its research, becoming especially relevant in the fair's mission. A new section dedicated to performance was inaugurated in 2014, while new incentives were given to foster young galleries and the presentation of emerging artists, always at the core of Artissima's programme.

Cosulich has invited to the fair a growing number of important international curators, who played a significant role in shaping the selection and quality of Artissima and making it more and more a place of unique discovery. Thanks to its specificity, the fair has increasingly attracted collectors from all over the world, involving them in its special initiatives and encouraging their connection with galleries, curators and the public.

In November 2016, the 23rd edition of Artissima will be launched with an ambitious programme featuring an outstanding selection of cutting-edge galleries, monographic sections chosen by international curators and a calendar of stunning parallel initiatives.