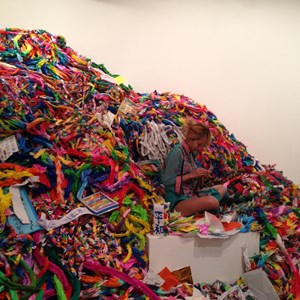 START, presented by Prudential, returns to Saatchi Gallery (London) from 10th to 13th September. The fair provides a high profile platform for emerging artists and new art scenes. With a total of 53 galleries from 25 cities, nearly half of the second edition of the fair is dedicated to focused exhibitions and solo artist presentations, showcasing the most dynamic art being made in Asia and beyond. Apart from the high quality gallery section of the art fair, START features four curatorial projects with a focus on innovative contemporary art that occupies the entire second floor of the Saatchi Gallery.

START, presented by Prudential, returns to Saatchi Gallery (London) from 10th to 13th September. The fair provides a high profile platform for emerging artists and new art scenes. With a total of 53 galleries from 25 cities, nearly half of the second edition of the fair is dedicated to focused exhibitions and solo artist presentations, showcasing the most dynamic art being made in Asia and beyond.

Apart from the high quality gallery section of the art fair, START features four curatorial projects with a focus on innovative contemporary art that occupies the entire second floor of the Saatchi Gallery.

‘This is Tomorrow’ is a series of solo artist shows selected by the fair director Niru Ratnam and represented by eighteen international galleries. 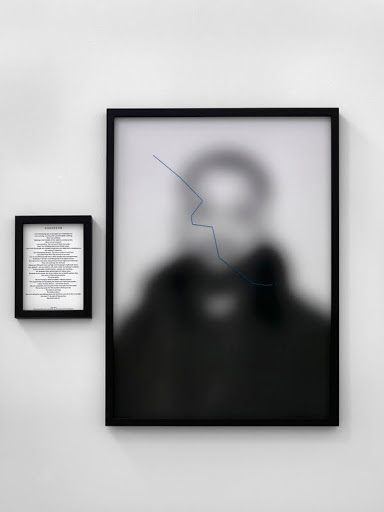 The breath-taking work ‘Even This Will Pass’ by the artist Aida Silvestri, at the Roman Road booth, stands out for its (sadly) current topic and her ability to raise awareness of human trafficking. Silvestri interviewed refugees who were forced to emigrate from Eritrea to the United Kingdom through a dangerous and traumatic journey. The artist transformed their stories of violence, kidnapping and abuse into poems that she places next to the blurry portraits of the protagonists, drawing their physical journey on their faces. 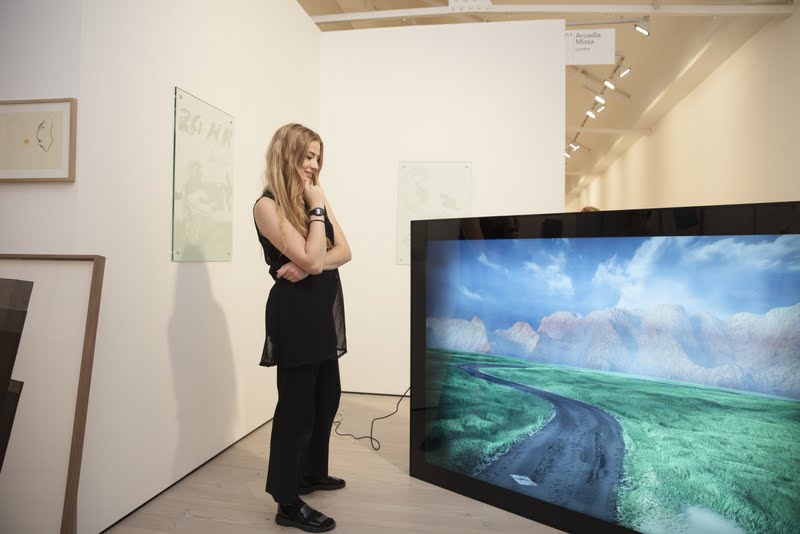 Also in ‘This is Tomorrow’ section, the large scale piece ‘Tifkas’ (2015) by the Hannah Quinlan Anderson and Rosie Hastings is shown by Arcadia Missa and it is related to their on-going project @gaybar. Since graduating the artists have been running regular events and art projects in which they set up a gay bar in order to rematerialize it as a queer politics space and redefine LGTB topics. 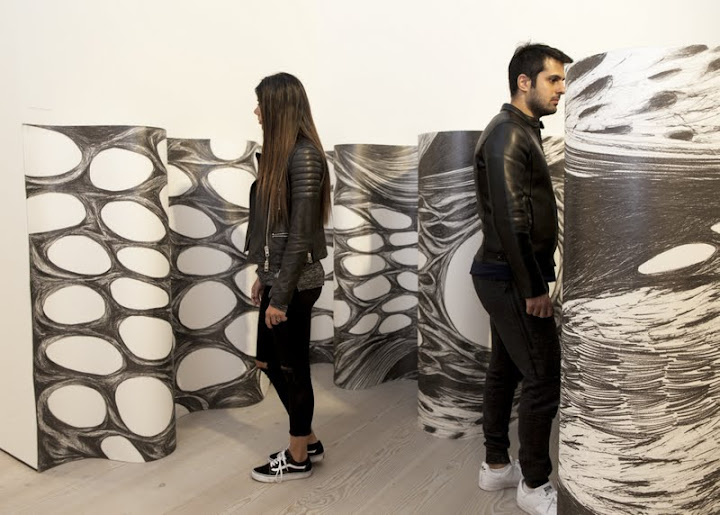 The Tehran based gallery Dastan’s Basement displays two and three-dimensional drawings by Farhad Gavzan. By resembling internal organic matter the drawings refer to the work of Iranian calligraphers, who would achieve a meditative perfection of their craft, using a repetitive technique that has inspired Gavzan’s creative process.

Jethro Buck represents the Prince’s School of Traditional Arts in this edition of the fair. From the representation of the genesis, to philosophical underpinnings, scientific theories and tantric arts, the new body of work he presents, ‘Let there be light’, is based on various creation stories and myths. Using a delicate and precise miniature techniques and with a great prominence of natural world and colours black and gold, Buck finds a balance between very detailed paintings and his recent minimalist pieces. 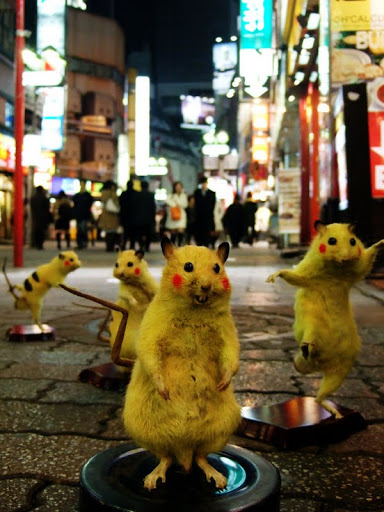 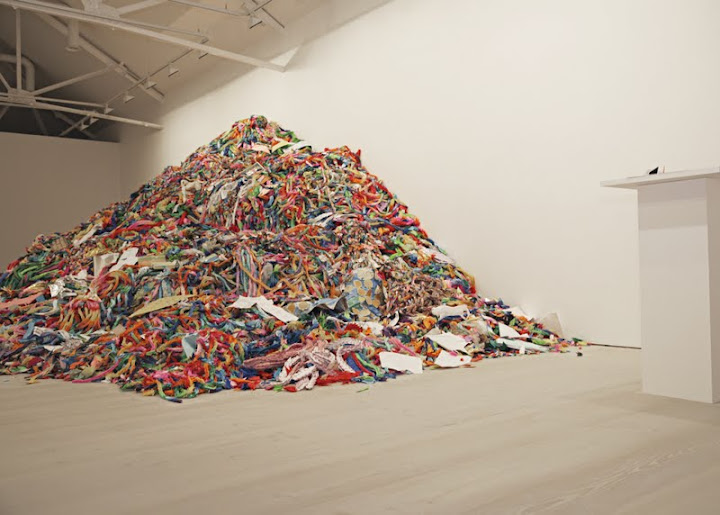 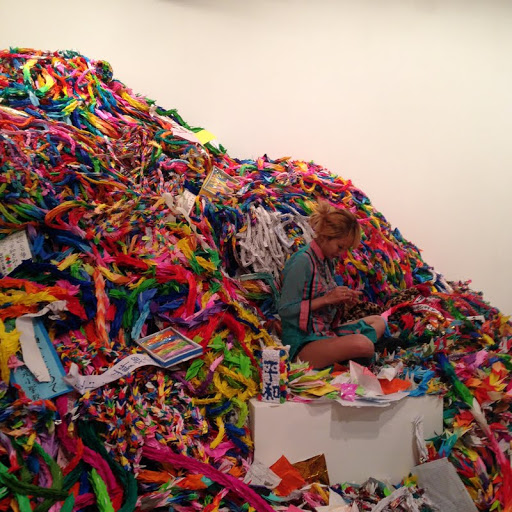 Chim↑Pom, winners of the ‘Emerging Artist of the Year’ at the Prudential Eye Awards, present their first UK solo exhibition in the framework of START Projects. The Tokyo collective addresses strong topics on contemporary Japanese society with a particular sense of humour. Their display include ‘Super Rat’ (2006, 20011 and on-going), which shows them capturing rats that would subsequently be taxidermied in the shape of Pokémon’s character Pikachu. They have also destroyed part of the wall to build a jigsaw, corresponding to their project ‘It’s the wall world’ (2014) and have displayed the colourful and impressive ‘The history of human’ (2015). This project comprises a origami mountain, performance and workshop. A large quantity of origami has been sent from Hiroshima to be unfolded by Chim↑Pom, refolded by the visitors and will be sent back to Hiroshima.

A curated selection of the exhibition Prudential Singapore Eye is displayed in the contiguous room, bringing together many different artistic expressions that give a glimpse into Singaporean art unique flavour. Chia Ming Chien, Charle Lim and Chen Sai Hua Kuan are some of the names in the room. 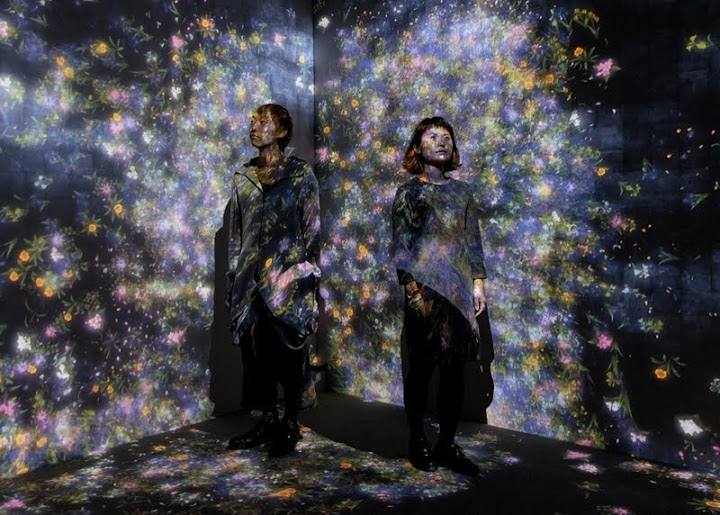 The artist collective created in 2001 teamLab presents a visually poetic and immersive digital artwork, ‘Flutter of Butterflies’ (2015). The butterflies’ flight is altered by the state of the art work, which is created in real time, and the behaviour of the viewer.  At the same time, they also show ‘Ever Blossoming Life II- Dark’ (2015) and ‘Flowers and People, Cannot be controlled but Live Together – A whole Year’ (2015). Regarding to their works they explain that “Artworks remain independent but expand infinitely to influence each other and to be influenced by viewers, with whom they become one”.

STAR Art fair has invited in its second edition almost forty galleries that display their selection of artists on the ground and first floor of Saatchi Gallery. The exhibitors list  has an international scope, with a great representation of Asian artists, and it focuses especially in new art, although the visitor can also see established artists creating an interesting dialogue with emergent artists.

This is, for example, the case of the Slovakian Soda Gallery in its first show in the UK. The intention of the gallery director Tomáš Umrian was to combine young artists like Lucia Tallová with well-known names such as Július Koller. They also display works like Ilona Németh’s ‘Negotiating Table’ (1991, 2014), a motorised table that used to belong to her father, which folds and unfolds automatically. Also interactive, is the work ‘Koberec’ (Carpet, 2009) by Marek Kvetán, a rolled carpet that randomly shine with different colours, being a good representation of the artist work, based in banality and humorous games with the audience. 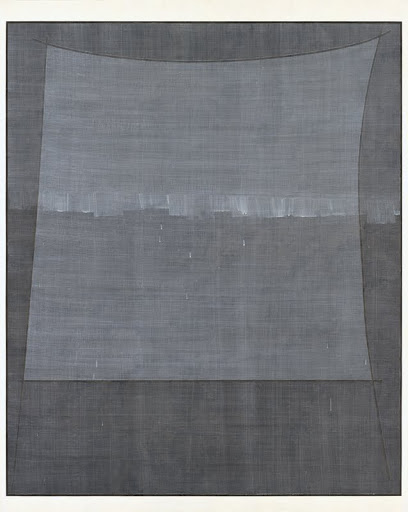 The artist Au Hoi Lam presents both recent and older pieces of 2004 at the booth of Hong Kong gallery Osage. The artist uses repetition of organised patterns, abstract language and colours blue-grey, green and yellows to address topics of memory and little stories of family and friends. For example, in ‘Memorandum (To Love Someone Once Again)’ (2014) the artist tries to represent the original impression of a friend, so she reconstructs it through a geometric drawing. In ‘Reminder (Oblivion 2015002)’ (2015) she reflects the contradictory psychological state of reminding oneself to forget someone. 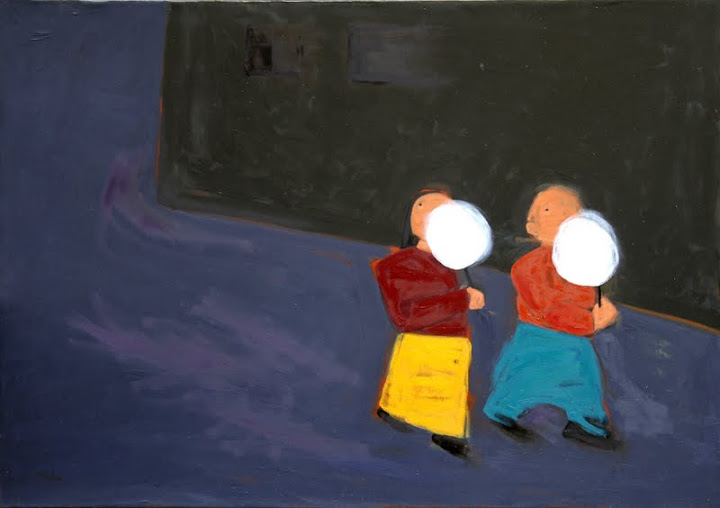 Referring similar topics, gathered under the theme of what constitutes the memory in fragments and how the fragments compose an alternative memory of the possible, Project ArtBeat presents works by Tato Akhalkatsishvili, Maka Batiashvili, Irakli Bugiani and Sopho Chkhikvadze. Project ArtBeat is a Georgian start-up with a programme of innovative and inclusive projects, like Moving Gallery. This consists in a shipping container transformed into a gallery that can move to any place desired, reaching locations where art spaces are less accessible and unusual. 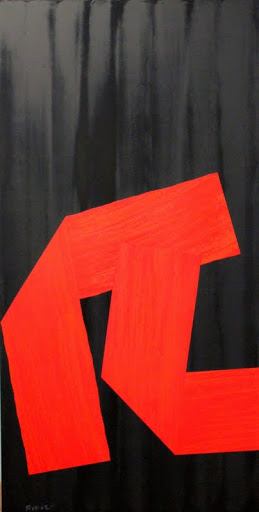 The image chosen to represent the image of the fair this year is ‘Red and Black’ (2004) by the painter Rikizo Fukao, whose practice is strongly grounded in the Japanese tradition and uses a restricted colour palette of black, red, blue and green. She is represented by the Elena Shchukina, who also presents works by Xawery Wolski. The Polish-Mexican visual artist has special interest in the organic world, and uses multiple mediums to represent his connection with the earth.

The list of artists and galleries highlights of 2015 START is much longer than this: the epic photographs by Mary Sibande at MOMO Gallery (Johannesburg), the political toys by Álvaro Pérez at +MAS Arte Contemporáneo (Bogotá), the evocative messages of Batia Shani at Tamar Dresdner Art Projects (Tel Aviv) or the textural graphite pieces by Lauren Seiden at Denny Gallery (New York), among others.

Visiting START Art fair one notices that not only established and long-career artists have a strong defined statement. Perhaps due to a competitive market or maybe because of the specialisation through university degrees, emerging artists have a clear discourse of what they do and what they want. An optimistic and hopeful sign of a new promising generation of artists.