Tania Bruguera to Undertake 2018 Hyundai Commission for the Turbine Hall 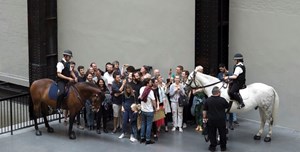 Tate Modern and Hyundai Motor announced that Tania Bruguera will create the next annual Hyundai Commission. Best known for her politically-engaged projects and activism, Bruguera makes work that addresses institutional power, borders and migration. She has established a unique concept for her political approach to art – Arte Util (useful art) – one that will continue to be developed in her new work for the Turbine Hall from 2 October 2018 to 24 February 2019.

Over the past 20 years, Bruguera has become renowned for creating art that addresses major political concerns, often taking the form of a political or social action in itself. Her work questions the nature of power structures, behaviours and values. She has consistently argued for art’s role as a useful agent of real change in the world, while using the museum as an active forum for public debate.

Bruguera’s previous projects have included the Cátedra Arte de Conducta (Behaviour Art School), an institution that existed in Havana from 2003 to 2009, and the recently opened Hannah Arendt International Institute for Artivism in Havana. Her work Tatlin’s Whisper #5, 2008, which involves two mounted police officers performing crowd-control exercises inside the museum, is one of the major performance works in Tate’s collection. In 2012 Bruguera was also in residence at Tate Modern with her ongoing project Immigrant Movement International, in which visitors were required to line up and pass a lie detector test based on questions from the UK immigration form before being granted access to the Tanks. 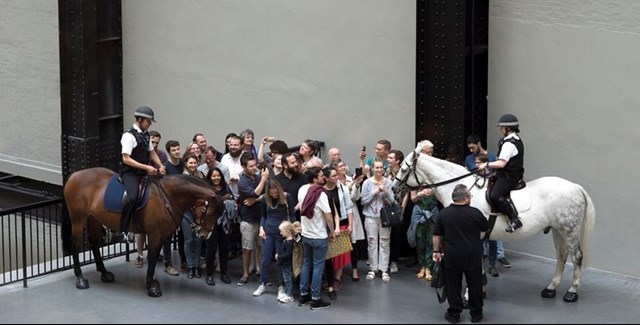