The crowded room: a Q&A with Gillian Wearing 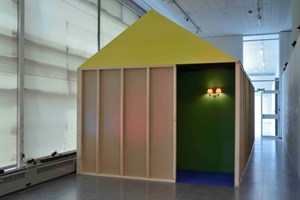 Earlier this year, 700 people looked out their windows and saw a chance to participate in one of the largest collaborative films ever. Artist Gillian Wearing, who holds both a Turner Prize and an OBE, has a knack for coaxing performances from the public. Indeed she has elicited more confessions than a hellfire priest. But this time her request was a simple one: open your blinds, your shutters or your curtains and please film what you see.

Earlier this year, 700 people looked out their windows and saw a chance to participate in one of the largest collaborative films ever. Artist Gillian Wearing, who holds both a Turner Prize and an OBE, has a knack for coaxing performances from the public. Indeed she has elicited more confessions than a hellfire priest. But this time her request was a simple one: open your blinds, your shutters or your curtains and please film what you see.

The result is a film more than two hours long which debuts in Brighton, as a co-commission from the city’s annual arts Festival and its visual art counterpart HOUSE 2016. If the premise sounds quite simple and the resulting piece, ’A Room With Your Views’, does what it says on the tin, it does so in fine style. By inhabiting so many homes and sharing so many perspectives on the outside world, the film is a compelling meditation on differing worldviews. Usually artists make do with one Weltanschauung, and that is their own.

Wearing is no fan of verbal interviews and so the following exchange took place via email in the lead up to her show.

Artdependence Magazine: Describe the installation as you already have it in mind?

Gillian Wearing: The film will be shown in a room with carpet and beanbags in. Watching views from around the world is very mesmerising and a comfortable space will only enhance this. The room being built will echo a domestic space, and the film will be screened on a very large plasma screen with curtains either side of it to give it that slight theatrical feel.

AD: How are you planning to source all the views?

GW: This has been done through social media, articles in newspapers and by word of mouth.

AD: How do you see this project relating to the rest of your work?

GW: A lot of my work, beginning with the signs series was about collaborating with people. In the past that has been with people mainly in the UK and this is a great way to now include people from nearly every country in the world. 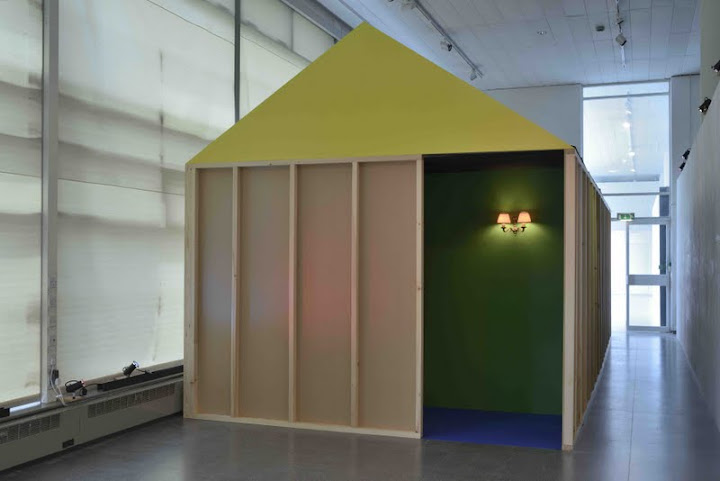 AD: Do you expect to find anything candid or confessional in the images you choose?

GW: No, it’s about views outside a window. No one is talking to camera.

AD: What do you make of the theme of HOUSE Festival, art in a ‘domestic space’?

GW: I think HOUSE is open for interpretation. My film is very much outside of the house, through the window and sometimes looking at other people houses, apartments etc.

AD: What role does the open window have in art history, do you have a favourite example?

GW: I have always loved “wasteground with houses, Paddington” (1972)  a view from Lucien Freud’s studio. It very much reminds me of when I first came to live in London in the early 80’s, London had many grand properties but a lot of them were in disrepair and unloved. His view shows lots of rubbish strewn in the yard behind some houses now that must be worth millions. You just wouldn’t see that scene in London anymore. Paddington is also the first place I used to stay when I came to London with my friends around 1980 to stay in B&B’s whilst we were looking for work. 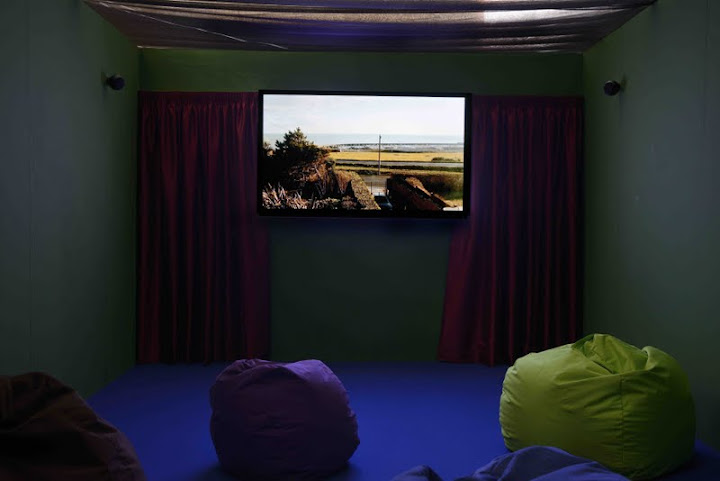 AD: Why do you think we aspire to have great views from our homes?

GW: I watch a lot of property programmes and when people are able to buy a property with a good view, there is this idea that they will sit and watch the sunset with a glass of wine. The idea that the home is also a place for relaxing and enjoying the world. I imagine the reality is never the same. I think after a while most people do not sit and look out whilst watching a view, that they may instead end up watching TV or being on social media.

AD: Do the physical views we live with shape us?

GW: Having a window for light is obviously important. Locations do shape us.

AD: Or to put it another way, what can a view tell you about a person?

GW: I am not sure you can gather that much information about the individual. I have many great views from tall buildings, from the information given to me by that person I myself know whether that is a private home or social housing. But you can not as a viewer know that, and that’s what I love about the piece. 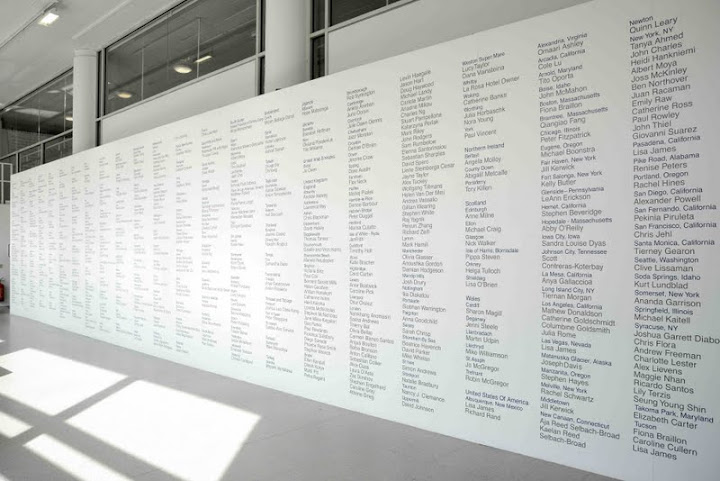 AD: What’s the view from your favourite window at home like?

GW: I have too many favourites.

AD: What would comprise your perfect studio view?

GW: It would be great to have a river view but all those lovely studio spaces that were available in the 80’s along the Thames are all now private flats.

A Room With Your Views’ will be on show at Brighton University Galleries from April 30- 29 May 2016.