The Trick Brain at Aïshti Foundation 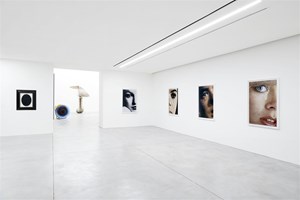 The exhibition The Trick Brain assembles the work of over 60 artists and more than 240 pieces from the Tony and Elham Salamé Collection.

The exhibition The Trick Brain assembles the work of over 60 artists and more than 240 pieces from the Tony and Elham Salamé Collection. Taking its title from a video installation by Ed Atkins featured in the collection, the exhibition proceeds by establishing unexpected connections between works informed by a neo-surrealist sensibility.

The Trick Brain is the third exhibition in a series of presentations of the Tony and Elham Salamé Collection at their recently opened Aïshti Foundation in Beirut, designed by David Adjaye. The Trick Brain completes a trilogy of exhibitions, which included the inaugural show New Skin, which focused on the intersection of abstraction and information in contemporary painting, and Good Dreams, Bad Dreams – American Mythologies, a survey of works in the collection that confront representations of contemporary American culture. The Trick Brain premieres some of the most recent acquisitions in the collection, highlighting similarities and contrasts among a group of multigenerational artists whose work reflects a fascination with the cacophonous, collaged experience of life in the digital age.

The Tony and Elhame Salamé Collection features over 2,000 artworks by a sweeping range of artists and has expanded rapidly over the course of the last 10 years. The Aïshti Foundation is now recognized as one of the most formidable institutions in the Middle East and beyond, with the new building of the Foundation comprising 4,000 square meters of exhibition space. With its red aluminum tubular structure, the façade – one of the most distinctive features of the architecture designed by David Adjaye – envelops the edifice in a scrim of multiple layers and geometric patterns that open onto vistas of the costal landscape and bustling urban life of Beirut. 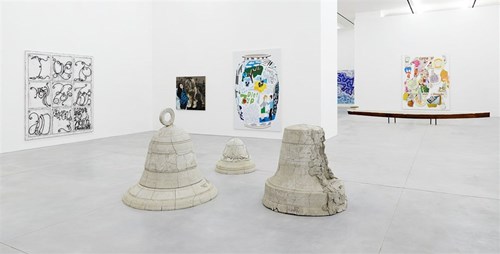 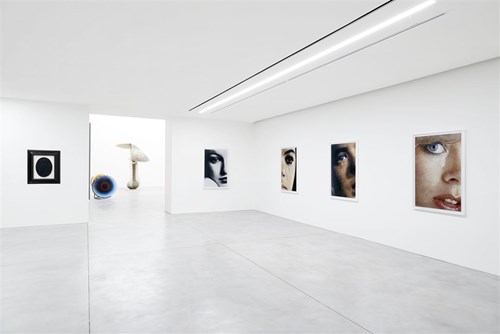 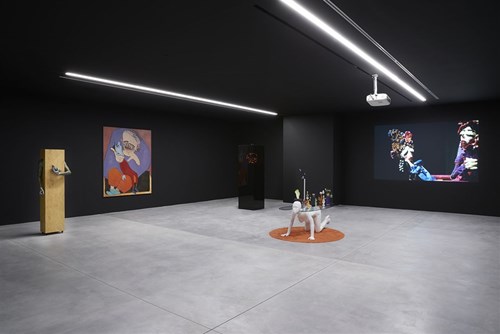 Works by Nicole Eisenman, Lucy McKenzie, Wilhelm Sasnal, Henry Taylor, Jonas Wood and Jakub Ziolkowski signal a resurgence of interest in figurative painting, while artists such as Kerstin Brätsch, Laura Owens and Michael Williams combine technology and abstraction to give form to a new digital sublime. A renewed interest in spiritualism also surfaces in the paintings of Lucy Dodd and Michaela Eichwald, while the works of Sascha Braunig, Aleksandra Domanović, Helen Marten, Katja Novitskova and Avery Singer inhabit the paradox of describing digital culture with analogue materials.

In these, and in many other works on view, bodies are transformed into grotesque configurations and exquisite corpses. The cursive paintings of Calvin Marcus, Bjarne Melgaard and Thorey Thorton, for example, find inspiration in minor, marginalized histories that mix vernacular culture and outsider art, while representations of gender and sexuality are addressed in works by Anne Collier, Henrik Olesen and Andra Ursuta, who – each in their own individual way – imagine new fantastical anatomies of desire.

Desire is also at the core of the works of Trisha Baga, Alex Da Corte, Yngve Holen and Ajay Kurian, who appropriate various techniques of display to compose installations and still lifes in which objects appear to be imbued with phantasmatic personalities.

From these and other works emerges an over-excited sensibility, which combines hyper-awareness and paranoia, continuous distraction and heightened attention – a collective “trick brain.”