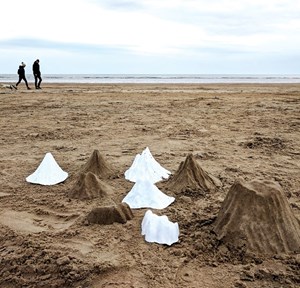 Bioplastic buckets in the shape of mountains will be distributed across 25 UK beaches this summer as part of a participatory art project by artist Katie Paterson. First There is a Mountain is a nationwide project by the Fife-based visual artist, centred around the creation of multiple "sand mountains" across the UK coastline.

Bioplastic buckets in the shape of mountains will be distributed across 25 UK beaches this summer as part of a participatory art project by artist Katie Paterson.

First There is a Mountain is a nationwide project by the Fife-based visual artist, centred around the creation of multiple "sand mountains" across the UK coastline.

The mountains of sand will be created by the public using five compostable pails that double as scale models of five mountains around the world: Mount Kilimanjaro (Africa), Mount Shasta (USA), Mount Fuji (Asia), Stromboli (Europe), and Uluru (Oceania). 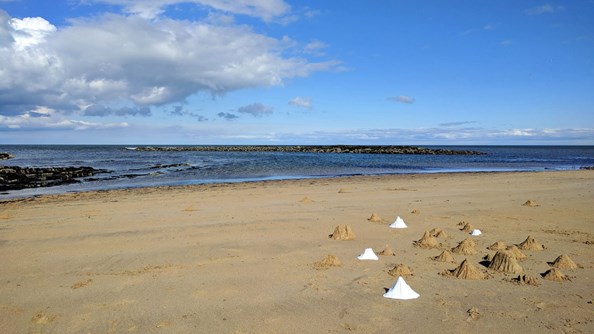 Made from white bioplastic, the five buckets nest together.

The participatory artwork will tour twenty-five high-profile coastal art venues around the UK, which will each stage a sand-pail-building event on their local beach.

"The ways in which the public interacts with the artwork at each location is integral to the evolution of the project and its overall experience," said the artist.

"Participants will sculpt beaches into thousands of mountains of sand to form micro-geologies – serving as a poetic vehicle that connects diverse world mountains." 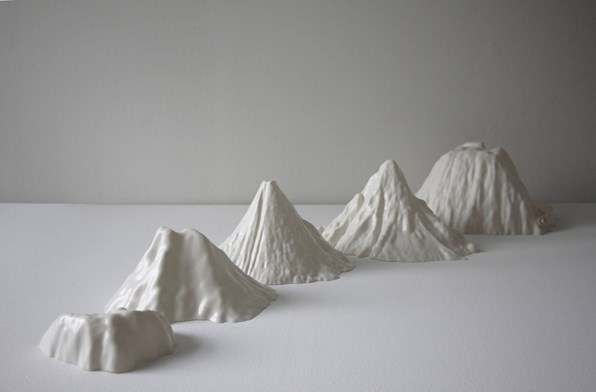 At the end of the project, the plastic pails, which are made from fermented plant starch, will be composted back into the ground.

The public will be able to track the project's progress through a dedicated website and social media channels.

The website will also showcase 25 commissioned texts by contributors such as Brian Dillon (writer and critic), Sophia Kingshill (author and folklorist) and Paul Graham Raven (researcher and futurist theorist).

Each text has been paired with, and responds to the artwork in each locality, relating to the place, its people, its history and the wider geological context. The texts will be read out at the start of each public event and participants will be encouraged to share their images in real time across Instagram. Images will then be shared on the website. 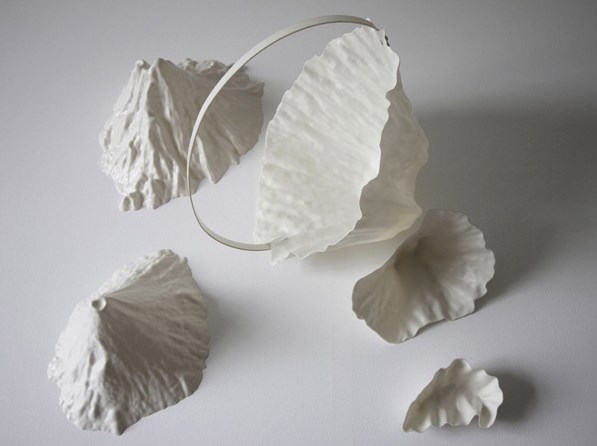 The project is a product of years of planning – matching tide timetables and looking at every single mountain range on earth," said Paterson, who carefully selected each mountain through exacting research, using data from NASA's Shuttle Radar Topography Mission and the National Geospatial Intelligence Agency.

As well as connecting communities, Paterson hopes that the project will raise awareness of the erosion that is happening along the UK's coastline, which is being accelerated due to climate change.

"The artwork invites the public to slow down," she said. "To consider the interconnectedness of the world, its immensity conveyed in miniature." 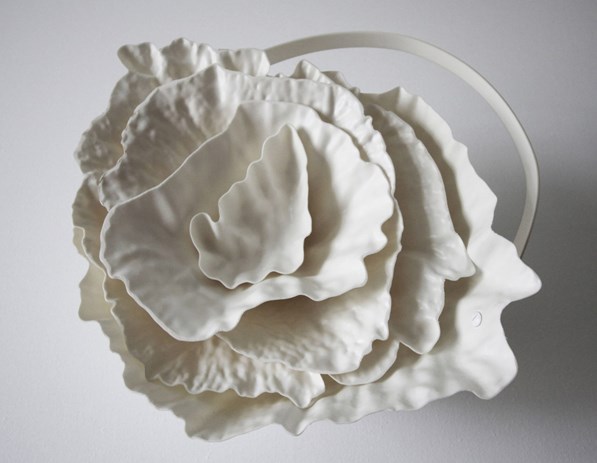 "By gathering the public to contribute to a land artwork on their own coastline, the project intends to deepen public knowledge of our relationship to the physical world as well as the importance of acting together," she added.

At a symposium during Dutch Design Week in 2017,  sand was highlighted as resource that is currently under threat.

British geologist Michael Welland who was among the speakers, discussed how the rapid depletion of the world's sand reserves could leave supplies of the high-quality sand used in the glass industry exhausted within 20 years.

First There is a Mountain launched on 31 March at Leysdown Beach, Isle of Sheppey and tours the UK until 27 October 2019.