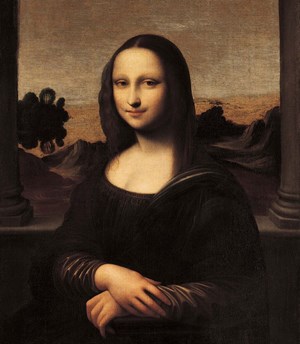 The second part of the interview with Jean-Pierre Isbouts focuses on his study of Leonardo’s two Mona Lisas, the identity of the portraits’ sitters, and a da Vinci anniversary celebration announcement.

Jean-Pierre Isbouts - one of National Geographic’s best-selling authors- has been studying and following Leonardo da Vinci’s paper trail for years. He’s written about the Italian’s career and legacy, the identity of the Mona Lisa, and the secrets behind his Last Supper. Some of Isbouts findings defy our most common conceptions of da Vinci’s life and work.

As part of our magazine’s commemoration of Leonardo’s 500thanniversary, and in light of Isbouts upcoming TV special The Search for the Mona Lisaand his new book The da Vinci Legacy(Apollo, 2019), ArtDependence sat down with the writer to talk about how his new discoveries shed a different light on our image of the Italian artist.

To tell our readers as much as possible about our deep conversation with Isbouts, we divided the interview in three. The second part focuses on Isbouts’ study of Leonardo’s two Mona Lisas, the identity of the portraits’ sitters, and a da Vinci anniversary celebration announcement.

ArtDependence (AD): Why are there still so many questions regarding the Mona Lisa’s(circa 1503) identity?

Jean Paul Isbouts (JPI):The issue is Vasari and other sources -including Leonardo himself- don’t agree. When you have so many contemporary records in direct conflict with one another the answer is simple: there are two paintings; just as there are two Virgin of the Rocks(circa 1483-1486), two Madonna of the Yarnwinder(circa 1501), and several versions of The Virgin, the Child and St Anne(circa 1510-1513).

This was part of Leonardo’s way of working. He and his assistants would produce multiple versions of his works in order to maintain a stream of revenue. How else would you sustain an atelier?

AD: Which is the other Mona Lisa?

JPI: We [together with research partner Christopher Brown] believe the one known as the Isleworth Mona Lisais the earlier version.

The painting was discovered in 1913 by an English artist and art collector called Hugh Blaker [it is named after Blaker’s studio location in Isleworth, West London]. Because of the two World Wars it was put in a vault. In the 1970’s it briefly emerged when Henry Pulitzer [the renowned newspaper publisher] bought it. He published something about it, but was ignored because he wasn’t an art historian. He put the painting in a vault, and there it remained until 2012 when it emerged from obscurity. 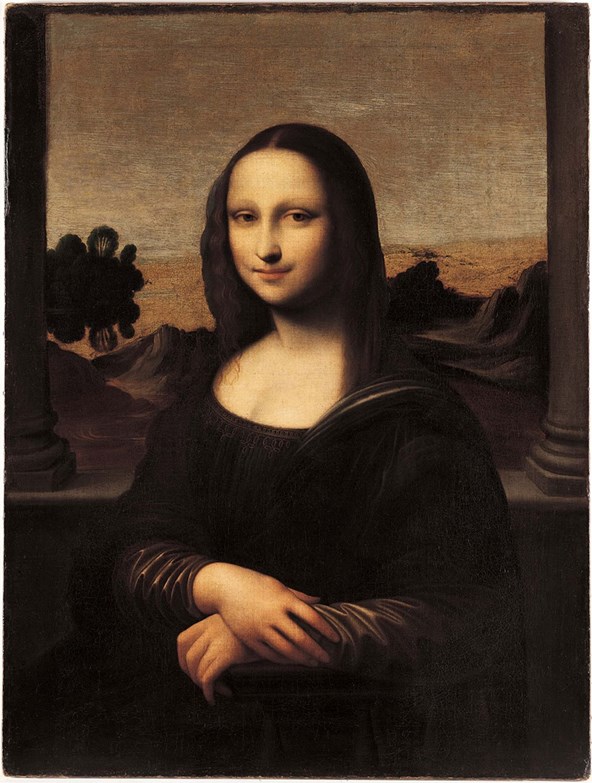 AD: Why is it still relatively unknown?

JPI: Because it’s not on public view. It’s been exhibited in Asia, and I’m happy to announce this year it’ll be shown in Italy for the first time. It will be part of da Vinci’s 500thanniversary celebration.

AD: How do you know the Isleworth Mona Lisa is by Leonardo?

JPI: I’ve worked on Leonardo for years and you get to know the artist’s signature. You get an idea, an innate sense of what this artist is capable of. There was instantly no doubt in my mind as I sat inches away from the Isleworth Mona Lisaand looked at the face of this 23-year-old woman and saw the way the delicate layers of sfumato had been applied. Only one artist could have painted such a delicate, porcelain-like face of a young woman in 1503: Leonardo. If you talk any other time in the high renaissance a lot people had started imitating Leonardo’s sfumato and ciaro-oscuro technic.

The face and the hands were done by Leonardo. The rest of the Isleworth Mona Lisais the work of assistants, and its unfinished. The background is pure gesso.

All of this corroborates what Vasari wrote: Leonardo worked on the painting for years and left it unfinished. It depicts Lisa del Giocondo, and we know from the Heidelberg document [a comment written on the margin of one of Cicero’s letters by Agostino Vespucci, who witnessed Leonardo painting the Mona Lisa] that he painted it in 1503.

AD: How do you know the Isleworth Mona Lisa was in fact created in 1503?

JPI: A detailed pigment analysis was done, and it showed all pigments came from the 16th century.

I would like to add that when you overlay the face of the Isleworth Mona Lisaover the LouvreMona Lisa -with Leonardo it’s always about the face-even though they’re different in size, the geometrical basis is identical. This tells me the same cartoon was used.

AD: If the Isleworth Mona Lisais a portrait of Lisa del Giocondo, who’s the sitter in the Louvre’s?

JPI: The Isleworth Mona Lisa depicts a young woman of 23. The Louvre’s is a much older matronly woman. My theory is: the LouvreMona Lisais not a portrait of a specific human being. It represents the ideal of motherhood. That’s why you have this primordial landscape behind the sitter. It’s telling the story of the forces of creation, the same forces at work in her womb.

When Leonardo was dissecting cadavers, he wrote: I am fascinated with the origins of life. What motivates the Louvre Mona Lisais trying to capture the mystery of life.

AD: Why would he use the image of Lisa del Giocondo and not any other woman?

JPI: When he painted Lisa, she was 23-years-old and as close as it got to his memory of his mother. He was taken away from her at age five. Plus, she had just given birth and was still in the flush of motherhood.

AD: What’s your theory on her famous smile?

JPI: The smile is because she knows something you don’t. She knows a mystery. You see that smile throughout Leonardo’s late work: John the Baptist(1513), The Virgin and Child with Saint Anne, and the Mona Lisa.

Leonardo was into little mysteries. Leaving intellectual puzzles in his paintings. This was big in the Quattrocento because people liked to show off their knowledge and status. At night these little puzzles would become a topic of conversation.