An emotional rollercoaster through modern art 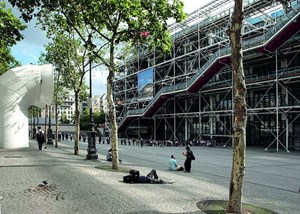 The Pompidou Centre’s “New presentation of the modern collection 1905 - 1965”, which is due to open on May 27, represents a detailed coverage of all the main movements within modern art, highlighting big names from the museum’s collection. Surprisingly enough, Bernard Blistene, director of Pompidou Centre and the curator of this exhibition, acknowledges that the work for this ambitious and at the same time educational project, which “reveals the succession of figures, works and movements that structured modern art”, took only 2 months (although during this time the museum’s whole team worked from dusk till dawn). The main idea, though, came to him about half a year ago.

The Pompidou Centre’s “New presentation of the modern collection 1905 - 1965”, which is due to open on May 27, represents a detailed coverage of all the main movements within modern art, highlighting big names from the museum’s collection. Surprisingly enough, Bernard Blistene, director of Pompidou Centre and the curator of this exhibition, acknowledges that the work for this ambitious and at the same time educational project, which “reveals the succession of figures, works and movements that structured modern art”, took only 2 months (although during this time the museum’s whole team worked from dusk till dawn). The main idea, though, came to him about half a year ago.

The concept for this exhibition involved a complete reconstruction of the museum’s fifth level, which included building a new entrance to the floor, as well as opening up terraces for outdoor sculptures. Initially, the idea of Richard Rogers and Renzo Piano was to create a building with lots of glass walls, in order to connect the inside of the museum with the outside city, and to partially replicate this “outside” within the building itself, by adding escalators on the outside the building which were meant to resemble the streets in a busy city.

The Musée National d'Art Moderne officially opened in 1977, and to this day remains the largest museum for modern art in Europe. It was named after Georges Pompidou by the President of France, who commissioned the building of the museum, along with a Public Information Library and a center for music and acoustic research, all of which are located under the same roof.  However, during the 1980s extra walls were built, which blocked the building’s view to the city, and the fifth level turned into a more conventional exhibition venue rather than an architecturally designed space. 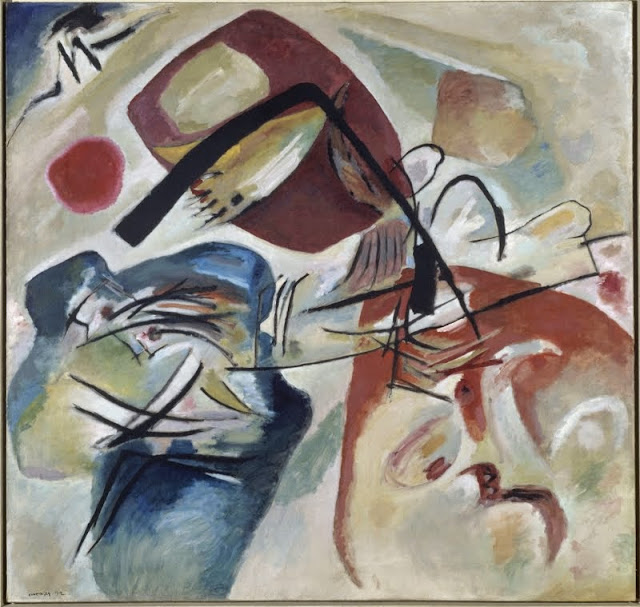 Plans for the “New presentation of the modern collection 1905 - 1965” involved removing these walls, and turning the fifth floor into a space with a better visibility, offering optimal clarity in combination with a breathtaking view of the city, and in this way also connecting the inside space with the outside terraces and the exterior “escalators”. Visitors now enter the Museum through Level 5 and follow the course of art history from modern to the contemporary art on Level 4, where a new contemporary presentation will follow in the spring of 2016, establishing a historical continuity between the two levels.

Fauvism, Cubism, Bauhaus, Early Abstraction including Constructivism, De Stijl, Dada, Surrealism, Abstract Expressionism, Lettrism, French Nouveaux Réalistes, Pop Art, Fluxus Azimuth / Groupe Zéro are the main art movement-blocks that shape the body of the exhibition. Lots of exceptional pieces are to be seen in this exhibition, outlining the development of art history and placing in temporal context the development of each artist and their influential relationships. Previously unseen work by Mattisse, from his cut-outs series; the first Black square of Malevich; Dadaism on tapestry; an early sculpture by Giacometti - “Table” (1933) known as “La table surréaliste” - from the surreal period and his “Nose” sculpture – just to name some of the pieces that this exhibition offers. Alongside the presentation of well-known examples from each art movement, “New presentation” also features several monographic sections dedicated to the work of Henri Matisse, Georges Rouault, Georges Braque, Pablo Picasso, Sonia and Robert Delaunay, Fernand Léger, Vassily Kandinsky, František Kupka, André Breton, Alberto Giacometti, Jean Dubuffet, and many others. One can expect to see works in an incredibly diverse range of mediums. Later movements have also been accommodated, with photography by Jean Goldstein, Man Ray, Laszlo Moholy-Nagy and others also on view. 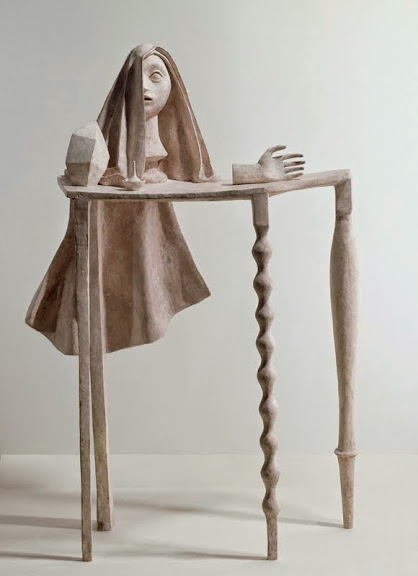 The “New presentation” also contains a number of exhibition-dossiers, or “grey rooms”, recognizable by their grey painted walls, which will be renewed every 6 months. The concept for these exhibition-dossiers was born from the desire to show the development of modern art through the lens of art critics, theorists, historians, enlightened art lovers and thinkers from each period in time: Georges Duthuit, Guillaume Apollinaire, Georges Bataille, André Breton, Michel Ragon and Pierre Restany are among the many names that shaped art thought - people, who did a lot to highlight and interpret works of art, making the practice of art appreciation more accessible to a wider public.

The inclusion of these rooms adds another twist to the exhibition. For example, one of the rooms contains a display of 255 objects and artworks belonging to André Breton. The collection includes work by Picasso, Picabia, Miró, Duchamp, Matta – all artists who were very important to Breton – and there are a  few Surrealist objects made by Breton himself. This collection includes a substantial number of “primitive” art works, as well as miscellaneous objects like stones and stuffed birds. The object of this presentation is to demonstrate the totality of art in the life of Breton – contextualizing his theories within his own collection and personal appreciation of art works. 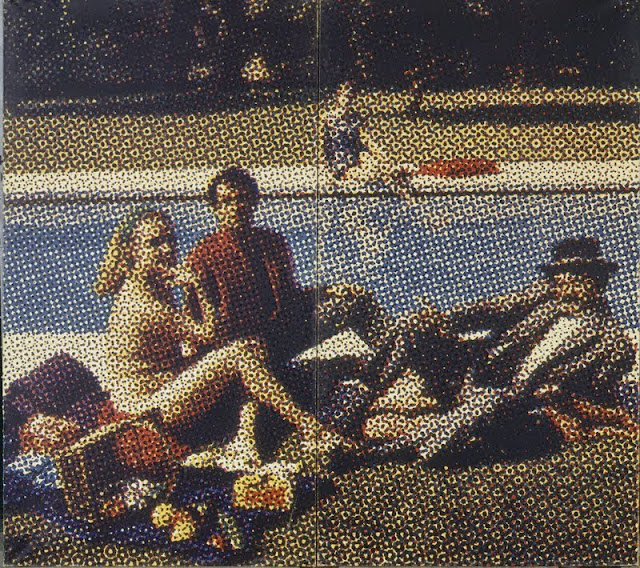 One these grey rooms is dedicated to George Prouvé - paying homage to the president of the Jury for the design of the Centre Pompidou in 1971. Together with another jury member, Philip Johnson, these two figures played a crucial role in choosing the winning high-tech architectural project designed by Rogers and Piano.

This exhibition is truly an emotional rollercoaster - making its visitors whirl with incredible speed through major milestones in modern art, gasping at the fascinating development of art and the variation between the remarkable works of great artist throughout the first part of the 20th century. It’s definitely something to see! 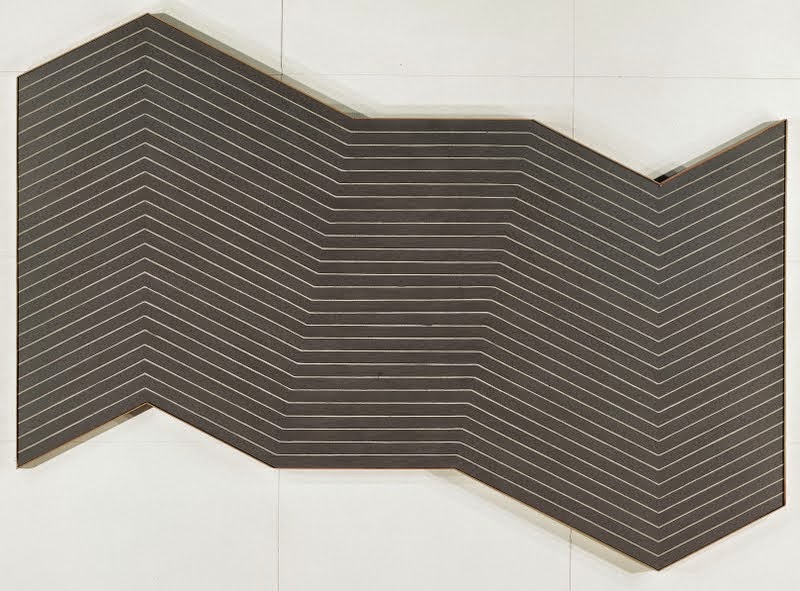