“I believe all of these shows will be intelligent and ambitious...” An interview with Josef Helfenstein 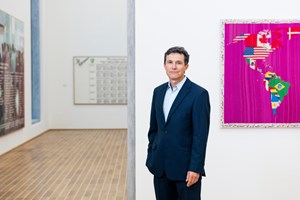 At the Kunstmuseum Basel, 2016 will be remembered as a year of great changes. A museum with a world-famous collection covering over seven centuries, the Kunstmuseum expanded its space earlier this year with a new construction across the street from the main building. The new space, which opened in April, was designed by Christ & Gantenbein. Another change for the museum involved the appointment of Josef Helfenstein (b. 1957) as the new director. Josef Helfenstein, who has considerable experience in the management of museums in Europe and the United States, assumed the post this past September. In this interview, Mr. Helfenstein shares his approach to his position and some of what’s in store for the Kunstmuseum Basel.

At the Kunstmuseum Basel, 2016 will be remembered as a year of great changes. A museum with a world-famous collection covering over seven centuries, the Kunstmuseum expanded its space earlier this year with a new construction across the street from the main building. The new space, which opened in April, was designed by Christ & Gantenbein.

Another change for the museum involved the appointment of Josef Helfenstein (b. 1957) as the new director. Josef Helfenstein, who has considerable experience in the management of museums in Europe and the United States, assumed the post this past September. In this interview, Mr. Helfenstein shares his approach to his position and some of what’s in store for the Kunstmuseum Basel.

Artdependence Magazine: A lot of expectations surround the position of director, especially if you succeed a director such as Mr. Bürgi, who led the Kunstmuseum Basel for fifteen years. What are your main goals in your new position?

Josef Helfenstein: The Kunstmuseum Basel ranks among the most renowned institutions of its kind in Europe. It has a world-famous collection, the Öffentliche Kunstsammlung Basel, of paintings, sculptures, drawings, installations, prints, and videos from seven centuries, that is arguably the world’s oldest municipal art collection. I understand that I am at a very prestigious place with a strong identity. There are a number of goals I have, but the most important one is to make a living organism out of the three different buildings – all of them parts of a single museum. We have our traditional home, which is well known for its fantastic historical collection, then we have the museum of modern and contemporary art, which is called Gegenwart, and now we have a new building, which is sort of in between these two. I think it will be very important to create an energy flow between the three.

AD: So is your idea to organize exhibitions of classical art in the main building, contemporary art in the Gegenwart museum, and special projects in the new space? Or do you intend to mix them?

JH: I want it to be flexible. I don’t have too many fixed ideas right now. We’ve started intense discussions with my staff about the future possibilities, which direction to take the Kunstmuseum in, but I would very much prefer to keep as much flexibility as I can between the three buildings. Meaning that we won’t rule out temporary manifestations from the old building, or refuse dialogues between older and newer art in the other two buildings. In the end it’ll be the quality and creativity of the projects and programs that count, and finding the right balance between history and what we can learn from it on the one hand, and our contemporary situation on the other. And that includes all the major challenges, social and political, which we are now facing. The museum is not immune to these developments.

However, one thing is clear – the new building, which opened in April, was conceived mainly for two reasons: as a space for special exhibitions (we used to have to temporarily remove major parts of our important collection for lack of such a space) and in order to make more room for our post–World War II collection, which is very significant. It’s a great resource to have more space now to show contemporary art – space that also accommodates time-based works, film and video, in addition to all the other manifestations of contemporary art.

AD: One of the most interesting exhibitions at the moment in the museum’s new building is “The Figurative Pollock.” Could you tell us a bit more about this show?

JH: This is the last exhibition conceived by my predecessor, but I feel very happy about it. It’s an important show for our museum, because we were among the very first in Europe to seriously collect postwar American artists, although Pollock was not among them. The show was curated by Nina Zimmer and it focuses on a lesser-known aspect of Pollock’s work that was nevertheless a constant presence – his struggle with figuration. It will show many less familiar early works, as well as later pieces that are often not discussed or seen under that premise. I believe it will be an interesting and surprising show especially, but not only, for people in Europe. And I think showing “The Figurative Pollock” makes a great deal of sense when viewed in the context of the museum’s exhibition history. We have had many exhibitions of post–World War ll American artists over the past almost fifty years, although we’ve never done Pollock. 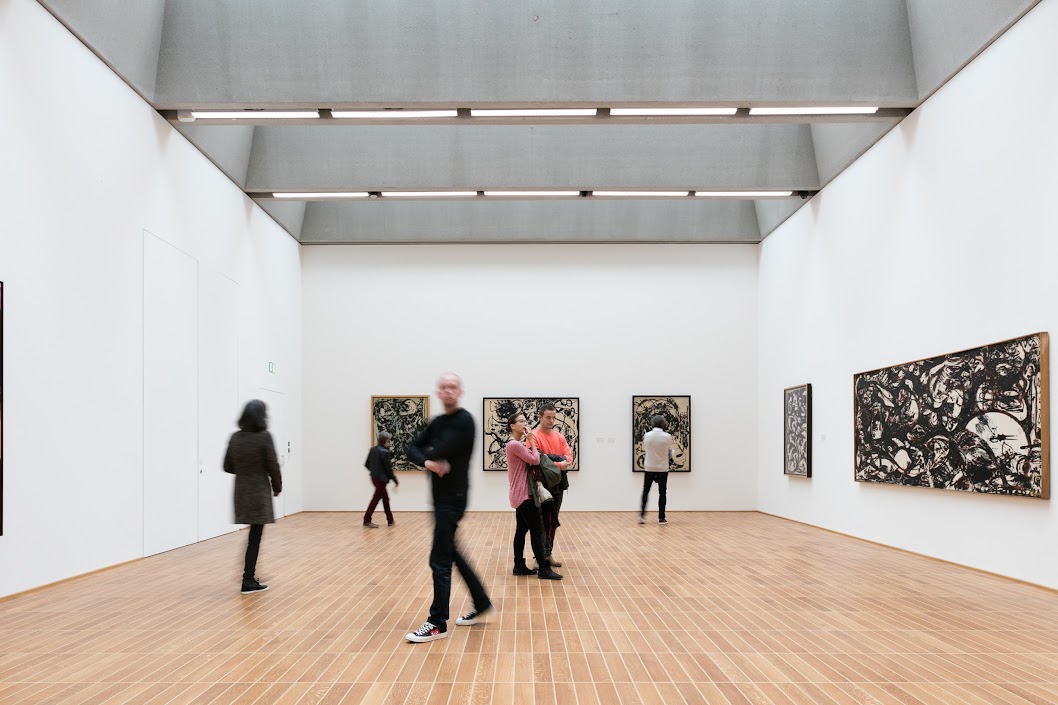 AD: Perhaps you can share with us some information about the exhibitions you are planning to organize?

JH: I’m not even a month into the job, but there has been a lot of planning and we’ve had many discussions already. We have some wonderful projects in mind, such as a show with Richard Serra. We will present all of his films, something I believe has never been done before. We have a great collection of his films. We’ll do this project next summer, in the Gegenwart building.

Then we’re working closely with the Prado on an exceptional project that will be sort of a dialogue between the two very different collections: the Prado has a world-famous collection of Old Masters, and we do, too. We’ll create stories through pairing artists from each collection with exemplary works, and I think the result will be striking and eye-opening. And then we’ll see how different the stories are that these two collections tell us. Our collection was built in the sixteenth and seventeenth century by the citizens of Basel, it was always a public bourgeois collection. The Prado’s collection is of course a royal treasure created by the Habsburg kings. It has a completely different history and came together in a very different way. That is why the dialogues between Holbein and Titian or between Goya and Füssli should be very interesting. It will bring a new aspect to the discussion, one which I believe has not been raised before and shown through an exhibition in this way.

Finally, we’re also working on a show of Cézanne drawings. We have the largest collection of Cézanne's drawings anywhere on the planet, more than a hundred and fifty. Few people, even in Basel, know that. We’ll exhibit these works, which we’ve had for over eighty years, and we’ll also show examples of what grew out of these sketches and drawings, the paintings and watercolors resulting from them. I think this will give us insight into Cézanne's creative process. I’m not interested in blockbusters, but I believe all of these shows will be intelligent and ambitious, educate our visitors, and initiate new research. In a way, these three exhibitions are perfect examples of what I have in mind, because we can do very scientific and focused Old Masters presentations while also showing Pollock and contemporary artists, and between all these shows my dream is to create a dialogue, a balance, so as to link them to each other.