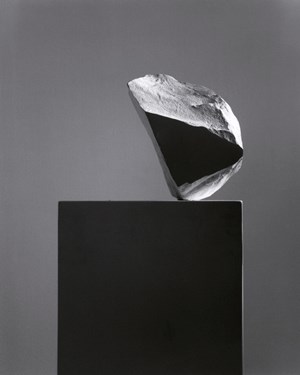 The photography of British artist Darren Harvey-Regan (b.1974) embraces the convergence of genres: abstract, landscape and still life. Darren’s photographs are not saturated with objects. He defines his focus towards particular sculptural forms and geometrical shapes, often looking towards nature’s own lines and curves – in order to create pure abstract worlds with mixed dimensions and clean contours.

The photography of British artist Darren Harvey-Regan (b.1974) embraces the convergence of genres: abstract, landscape and still life. Darren’s photographs are not saturated with objects. He defines his focus towards particular sculptural forms and geometrical shapes, often looking towards nature’s own lines and curves – in order to create pure abstract worlds with mixed dimensions and clean contours. For example, in one of his latest series - Metalepsis, layout and framing of the work also constitute a significant part of the whole concept. While sliding through Metalepsis’ chain of photographs, a particularly strong feature stands out: the complementary dependency among the pieces, allowing them to form one common, visual, pattern. Darren compares it with poetic composition, where images (like words) find their harmony and rhyme. Darren Harvey-Regan talks with Artdependence Magazine about his artwork, photography’s role in contemporary art, and his own photographic-philosophy.

Artdependence Magazine: How did you come about the idea for your series Metalepsis? What was the inspiration, the source of this project?

Darren Harvey-Regan: The work Metalepsis is an installation of framed photographs and prints.  It grew very gradually and organically over a couple of years from various images - experiments, research, orphaned images I didn't want to let go of, etc. I would hang these on my studio wall and relationships began to form, patterns in them I hadn't always intended began to emerge.  It plays heavily with the title's definition - a rhetorical term connected to the extending and layering of metaphors and the mixing of narrative layers.  I had been thinking a lot about possible visual correlatives of linguistic tropes - how a purely visual metaphor might work for example – and how images, like language, have conventional, personal, conceptual and poetic readings.  Metalepsis as an entire installation becomes like a type of poetic verse, a visual syntax where images, materials and frames quote, introduce, encounter and re-quote each other.

AD: Whom, amongst  present-day artists, do you respect the most?

DHR: I tend to gravitate to artists whose practice is nothing like my own and admire in them everything I feel I am not.  Artists with such wide reach within their work and mediums for example, such as Jeremy Deller, Mark Wallinger and John Baldessari; overarching narrative in the work of Charles Avery and Adrian Villar Rojas;  the ability to be both light and poetic in artist's work such as Ceal Floyer and Katie Paterson.  I'm very inspired by mark and gesture in the work of Roger Ballen and CY Twombly.  I'm overall very jealous of Erin Sherriff's work and I have a life-long love for Bill Watterson and Gary Larson. 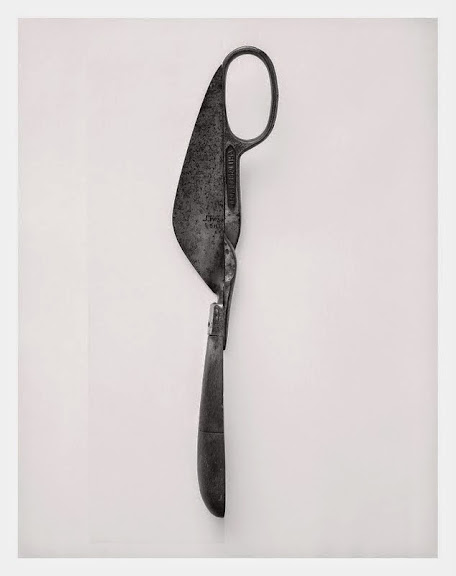 AD: Your artwork presents, in a way, a combination of photography, sculpture, and natural forms. What shapes the plot of your work, and what would you consider to be its main component?

DHR: Photography is effectively my primary language so I tend to think of it first and ask how other mediums and ideas can relate to it or be comparatively expressed through it.  Sculptural works might develop for example, from thinking about photography's typical characteristics and how they differ from or align with those of sculpture.

Much of my work is sculptural in process and photographic in the end result.  Many pieces have recreated photographic tropes in real life, such as the cut tools that look like photo montage or the painted vase that looks like Photoshop's empty space.  The fact that photography has the ability to create objects makes objects themselves a fascinating subject matter. Unlike living things, effects or views, objects perhaps retain the most in photographic translation, or at least typically appear close enough to the way we see them in real life: the eye and the lens are not so dissimilar.   So for me photographs of/with/as objects creates an intriguing context, offering the most overlap with the world as it is and the world as photography makes it.  It is where photography's reciprocal relationship is at its most acute. 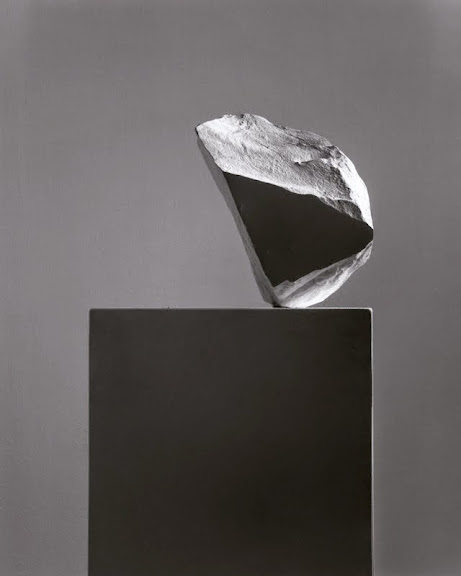 AD: Can you please tell us more about the way you exhibit your work, its presentation, and the role this plays?

DHR: I seem to have gradually developed a fairly minimal and elegant aesthetic, my backgrounds, lighting, palette, installation, etc. being less about enhancing the subject and more about as unimpeded a 'showing' as possible.  It's been a natural result of my work's focus rather than a conscious choice and it makes sense perhaps when you consider that the dominant means through which we encounter objects in photography would be in the flattering glamour of advertising.  Against that approach, I've found myself resisting the idea of embellishment and aiming for an uncontested clarity in which the subject can be apprehended as much as possible in its own terms.  I think this creates a more consciously quieter aesthetic and greater sense of focus, of the eyes and the mind being drawn into the one space.  It's perhaps a visual way of directly asking what we are seeing, an apperceptive question. 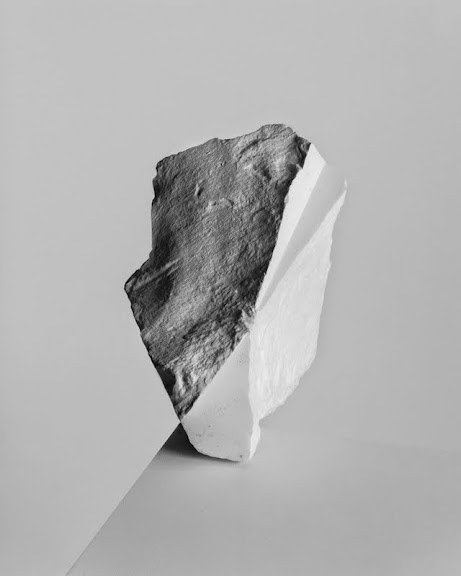 AD: Henri Cartie-Bresson talked about “the decisive moment in photography”. Is it applicable to your artwork?

DHR: I would say not.  The decisive moment is really about time, the suspended movement - of a person, action or environment - photographically captured at its most comprehensive point.  My subject is typically an immobile still life, immune to movement!  I would say, however, that I think the decisive moment is about the articulate image, the clarity whereby the subject communicates.  Still life as a genre has to organize this same sense of a realized moment into the harmony of a composition.  I think therefore it has to do with the idea that the image - however it was taken - has an essential sense about it, showing a decisiveness of intention rather than of photographic moment. 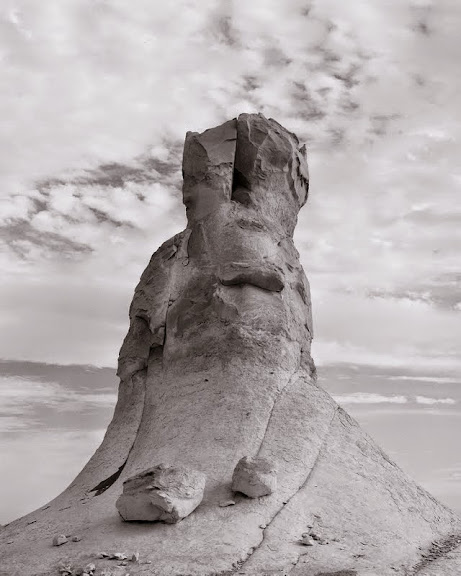 AD: If you ever hear the type of remarks: “I can also do photos like this with my iPhone. What is so special about it”, what is your reply?

DHR: I use large format analog film cameras - I'm not expecting to hear a remark like that in any foreseeable future.  But I think perhaps the question addresses ideas around what has value as 'Art' and suggests a mistrust of photography in that category, a suspicion that I tend to think we're beyond these days.

It's hard to talk about different types of art without sounding like you're making value judgements but I think it is worth recognizing the different intentions people have in making photography and the different contexts in which we discover it.  When we talk about 'Art' we're talking more about a current cultural idea of art - a flowing but changing historical movement.  From within this current moment in that movement, I'm a firm believer in Art being individually defined as intention: did its maker intend for it to be art or not - that loosely defines whether something is or isn't art.   Then there's plenty of perspectives from which we can determine what kind of a context that particular work is a part of and the appropriate critical criteria to consider it against.  For example, how consciously or critically it relates to art history; its technical, communicative or conceptual competence; it's cultural, social or political relevance.  So with photography, obviously it's art if it is created as art but much of the time it isn't - it's a craft with no intention to engage with anything beyond its context, be it design, fashion, reportage, editorial, snapshot, etc.  I think we confuse photography and art by trying to harmonize all its possible contexts. 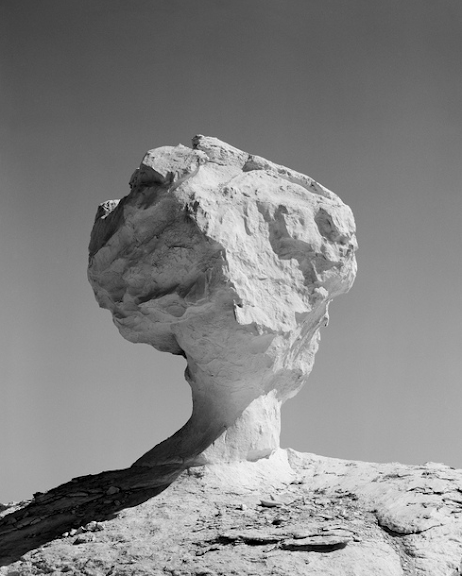 AD: How would you define your work’s genre? Did you try-out and test yourself in different genres, like portraiture or abstract photography, for example? Would you like to experiment in something new?

DHR: I did specialize in photography during my art education but still resist the term 'photographer' since that context is a bit too broad to be meaningful for me.  I certainly have a tendency to label and define, much to my own frustration, and have previously found myself feeling restricted by my own choice of subject - landscape for example, or still life.  My current exhibition The Erratics in Passaggi, Pisa, arose in part from a frustration of becoming very studio-bound in my practice, shooting increasingly abstract geometric shapes until I felt I had to do something dramatic to break my own pattern.  This became a journey out into the desert to photograph organic rock formations.  The resulting work is both my most traditional in terms of direct photographic documentation but also my most different in terms of responding to these desert images with direct sculptures, some photographed, some exhibited as the final works.

I'm currently working on a book of The Erratics, in which I hope to find a way to combine writing and narrative into the work - I'm very inspired by literary fiction and would like to bring text into a relationship with the work more consciously. 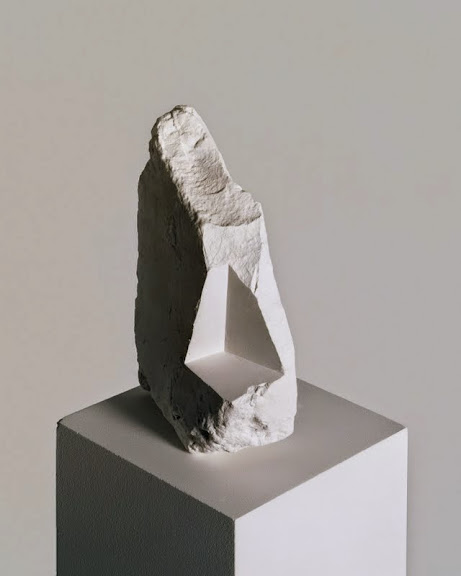 AD: After exhibiting in Pisa, Italy what are you plans? What would be your dream venue to exhibit your work?

DHR: The Erratics will be shown in London later this year and I would like to both exhibit and develop the Metalepsis work further.  A dream venue would be anywhere matching frequent footfall with critical reach, combining a good budget with a healthy client list.  And maybe tropical weather conditions.