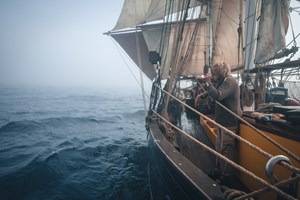 Traveling is the key to open up, grow, enlarge our views and enrich our visions. In Pierre Fromentin’s case traveling is connected to making reportages and sensitize general population about ‘global’ issues. Here the interview done in Berlin before his departure for Amsterdam.

Traveling is the key to open up, grow, enlarge our views and enrich our visions. In Pierre Fromentin’s case traveling is connected to making reportages and sensitize general population about ‘global’ issues. Here the interview done in Berlin before his departure for Amsterdam.

ArtDepdendence (AD): You studied visual effects for films, right? What made you turn into photography and video making?

Pierre Fromentin (PF): I’ve always been sensible to pictures, in books and documentaries when I was a kid and later in visual effects (VFX) when I saw Jurassic Park for the first time at the age of 13 year old. I started to use photoshop to blend dinosaurs in my landscape photos in 2001 with the first digital cameras. After graduating I went to the only VFX school in Europe back then named ArtFX in south of France. After 3 years there I got hired in a big VFX studio in London called the Moving Picture Company where I worked on Prometheus, Man of Steel and World War Z for 2 years with a great team of creative minds. 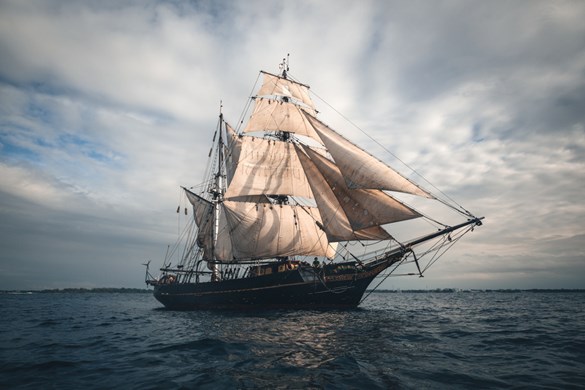 AD: When did your carrier as photographer and video maker started?

PF: During school I learned about photo and video techniques but this was a tool to achieve our goal in post production. After 2 years in London I felt I had to try something different. I was more and more sensitive to environmental and social issues and I wanted to make a change with the tools I had and give a voice to those who make a change and fight those issues. That’s when video and photography took an important place for me.

AD: What drove you to focus on social, environmental and political themes?

PF: To me, social injustice and environmental destruction are the most serious issues of our time and I can’t just ignore them. I started traveling out of French borders when I was 16 and being confronted to new cultures and languages for the first time at this age is quite striking. This opened my mind in a way that I started to care about issues outside of my comfort zone and wanted to share my experiences with others. I was aware that visuals had a strong impact on the public so I focused my efforts on these topics. 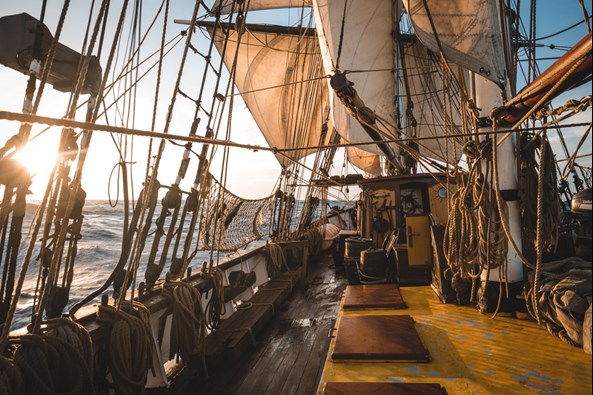 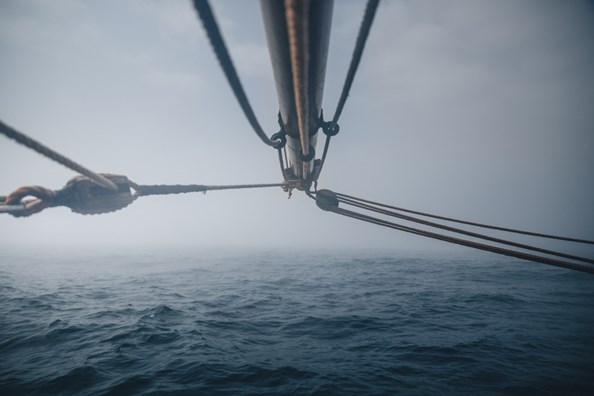 AD: You took portraits of refugee families waiting to cross the border between Serbia and Hungary. Can you tell more about that project and the time you spent there?

PF: I was on a photo road trip with a friend in eastern Europe back in June 2015 when I heard the news of the anti-migrants wall that Hungary was about to build on the border with Serbia to stop refugees. I couldn’t believe this was happening in Europe and that no one would react and just let them do. I believe xenophobia is driven by ignorance. I wanted to put a face on these people fleeing war and death seeking shelter in Europe. So I spontaneously got in touch with Doctors without Borders on site to ask them if I could join them for my project and take photos for them as well. I met them in the jungle of Subotica and stayed there 4 days. My project was a series of portrait with a legend telling the first name and the job or studies the person was doing back home. I wanted to create empathy with the public to fight indifference and I exhibited in south of France with the partnership of Amnesty International.

AD: Your first documentary as director is ‘Those who Sow’ about Family Farming. How did you get involved into that?

PF: After leaving London I took a gap year to figure out how I could make a change working with photography and video. I lived in a big house-share in the country-side near Montpellier with agronomy students. They were in there last year of studies and had to make an internship for 6 months abroad. It was also the international year of family farming from the Food and Agriculture Organization (FAO). So one day at dinner we just figured it would be nice to make a documentary about this topic and we could talk about the future of farming in a sustainable way, for the farmer, the society and the environment. We got some funds and I traveled to India, Cameroon, Ecuador, Canada and France to meet world-wide family farmers, see there struggles and propose solutions to feed the world by 2050 in a sustainable and pragmatic way. Spoiler, diversified small-scale farming is the way to go! 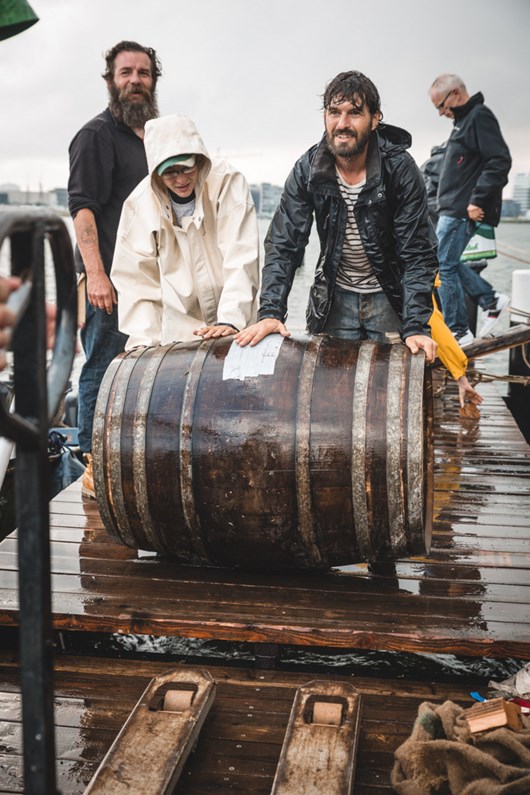 AD: You did a large series of photographs and short movies depicting several landscapes. Can you tell more about them?

PF: I’ve always loved traveling and explore stunning landscapes. I can’t save money because I just spend it all to go out there! I guess it’s some sort of hobby. I’m not very good with routine and having a stable home. There is an inexplicable attraction to raw nature and simple life that keeps me traveling. And this feeling is so strong that I want to share it with others so I put it out there on social media. These little projects also keep my creative drive going. “Doing” is essential when you’re an artist. 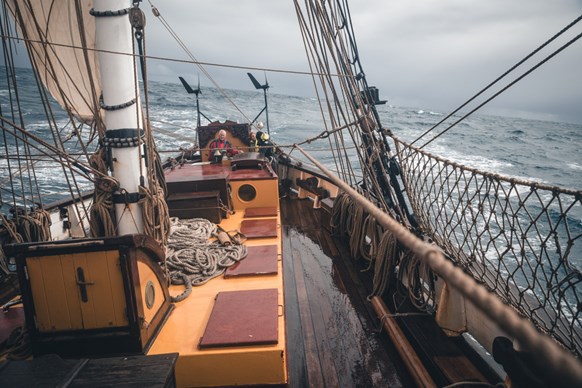 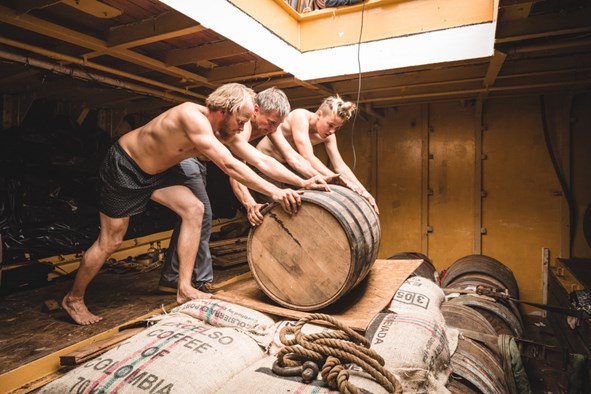 AD: Until now you have worked with Doctors without Borders, Fairtransport, Latin America Bureau, Amnesty International and many others. What was / is your rule working with these institutions?

PF: Well the main thing is the values and messages they carry. Nothing is perfect but there is a wide gap between working for an oil company or an environmental organization. It just has to feel right.

AD: Concerning Fairtransport you were for three months and a half on Tres Hombres, a boat transporting coffee, chocolate and rum back to Europe across the Atlantic. Can you say something about this project? And what kind of impact that experience had on you?

PF: I’ve always dreamed of sailing across an ocean on a beautiful wooden ship, I’m a French romantic after all. And Fairtransport does it on a square sailing rig while raising awareness on the pollution created by the cargo shipping industry. So when a friend told me they were looking for a photographer to join their next Atlantic crossing I answered the call straight away. I got selected and a few weeks after I was packing for the Caribbean. I was wondering what I was doing there… I never sailed before and was going to cross an ocean. But luckily I was never seasick and had an amazing time. It was a real human experience as you need to communicate very well to avoid or solve conflicts. Having a fight on a 30 meters long boat with 15 people is not an option. You learn a lot about yourself there. You push your physical and psychological limits and learn to deal with it. We arrived like a band of brothers and sisters in Amsterdam and when it was time to leave the boat the goodbyes were quite emotional. Truly the experience of a lifetime. 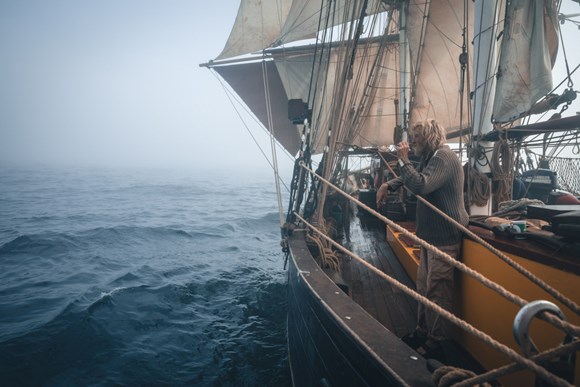 AD: Now you just moved to Amsterdam after three years in Berlin. What’s your plan there?

PF: I want to sail again! Actually I already did on the Gallant, another sail cargo from the Blue Schooner Company last month for a few days sailing to London. Holland is a great place if you like sailing, so many boats are here and I started to work with Fairtransport to document further the whole project and take care of their social media platforms. Future here is still uncertain but I am loving the city and the international population here.

AD: And what’s your next work-travel destination?

PF: This I don’t know yet for sure but very soon I will.