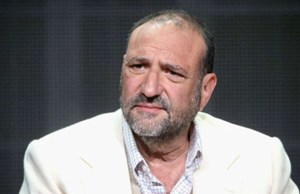 Following a report in April that Jeff Koons and the New York Gagosian Gallery were facing legal action over non-delivery of works, a second, almost identical lawsuit has been filed by Die Hard and Matrix Producer Joel Silver.

Following a report in April that Jeff Koons and the New York Gagosian Gallery were facing legal action over non-delivery of works, a second, almost identical lawsuit has been filed by Die Hard and Matrix Producer Joel Silver.

Silver, who is a well-known film producer, claims to have paid millions of dollars to Koons and the Larry Gagosian Gallery for work that he has still yet to receive. His legal tem have filed a lawsuit with the Manhattan Supreme Court. In the legal document he claims to have paid a deposit of $3.2 million for one of Koons’ iconic ‘Balloon’ sculptures. The agreement of purchase was originally created in February 2014.

Now, Silver is perusing legal damages against the gallery to reclaim his $3.2 million as well as a further $6.6 million for Gagosian’s alleged violation of New York’s Arts and Cultural Affairs Law.

Silver’s lawsuit claims that he ordered an 8.5 foot by 5.4 foot stainless steel sculpture in yellow for a total agreed cost of $8 million. His lawyers contend that the original completion date was set as June 2017, which was later pushed back to July 2019 without warning or negotiation. The delay was incurred after payment of the hefty deposit.

In a similarity with the previous legal case, filed by hedge fund manager Steven Tananbaum, it is claimed that the gallery cited “difficulties in completing a digital model” as the reason for the delay. The suit alleges that Silver requested a refund of his deposit on the work, only to be told that he needed to continue to make payments towards the cost or risk losing the $3.2 million altogether. Silver’s lawyers claim that his original deposit money was used as a “hostage” to demand further payments.

It is alleged that Silver was due to make his next payment of $1.6 million the day after Tananbaum filed his lawsuit in April 2018, prompting him to create his own legal case. The suit states that “Mr. Tananbaum’s allegations reinforced Plaintiff Silver’s suspicions that the millions he had paid to the Gagosian Gallery in 2014 and 2015 had not been used to fabricate his sculpture and that there would be even further delays in the completion of his Balloon Venus.”

Both legal cases are currently in process.