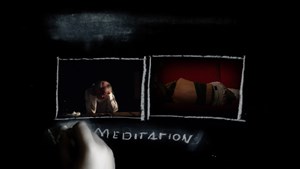 Tom Skipp is British video artist, translator and exhibition curator living in Madrid, Spain. He studied at the Arts Educational School in the Barbican, London and at Warwick University.

Tom Skipp is British video artist, translator and exhibition curator living in Madrid, Spain. He studied at the Arts Educational School in the Barbican, London and at Warwick University. He took part in numerous exhibitions, including ones held at Edge Zones Gallery in Miami, Centre Pompidou in Paris, Thyssen Bornemisza Museum in Madrid, The Centro de Artes in Léon (Mexico). He curated the art exhibition “Tadeusz Kantor – The Theatre of Memory” at the Telefonica Fundacion and Fundacio La Caixa de Catalunya, the video show “A solas” at the Directors Lounge in Berlin and the Real Spanish art exhibition at Nagasaki Museum of Art in Japan. He is co-founder and co-director of “Voces en Off,” a multimedia project which organizes screenings and encounters with artists at Cruce de Arte Contemporaneo in Madrid.

ArtDependence Magazine: Do you have any thoughts on whether it is a responsibility of artists to reflect our time within the political context?

Tom Skipp: I think that irremediably artists will be reflecting their time and political circumstances, whether consciously or not. I think art is a political act and this is particularly palpable in video art. However, I don't see my own art as political protest or in tune with a particular political agenda, it's more about a paradigm shift. Responsibility can be a burden, and being true to oneself and one's convictions can be equally tiresome, but without this constancy one can become completely lost.

AD: What is your main interest as an artist? What form of self-consciousness is applicable to your art-making?

TS: One of my main interests is how sound and music interact with moving images and especially how narratives of anticipation can be created. For me, moments of self-consciousness are vitally important - at these points, the narrative of the video starts to break and the work transcends the screen. It enters the mental space of the viewer.

AD: Do you feel that it is important to convey your own beliefs and opinions within your art? Is there a philosophical element in your work?

TS: I prefer for my art to act as a platform for the viewer's imagination, beliefs and opinions. I like to think of my viewers as highly intelligent individuals who can be trusted to make their own decisions and judgements. I think it's wrong to lecture people or to underestimate their ability to decipher complex narrative material and to construct their own narrative connections. I suppose in this sense my role is more like a guide. I do think there is a philosophical element to my work, which is related to this area of perception.

AD: What are you currently working on? Is there anything in particular that you would like to get across through your work?

TS: I am currently working on a video installation, my first, which is inspired by bees, bears and honey and their ancestral and modern relationship to man. Concurrently, it aims to explore themes of technology and creativity. I have a beekeeper friend who I have worked with in the past and we are looking to see if we can humanely include a beehive in the installation. But no bears. Despite having created quite a large body of video art works over the years, depressingly it is as though each project comes into existence in an isolation bubble, with no continuation from the previous one. (I mean from an organizational perspective as opposed to an aesthetic one.) So I am also working on breaking the bubble.

AD: What place does creativity have in education? Do you view yourself as a creator?

TS: Creativity in education is essential. I have translated a lot of texts about this field from Spanish to English and I also give video workshops at the Lycée Français in Madrid. Sadly, many school administrators don't see the point of financing this kind of activity anymore. Performance and payback always have to be tangible in this over-literal and materialistic contemporary world. Creator, video artist, artist, all of these terms could be used to describe what I do and yet none of them completely fits. You could also talk about an obsessed hobbyist. 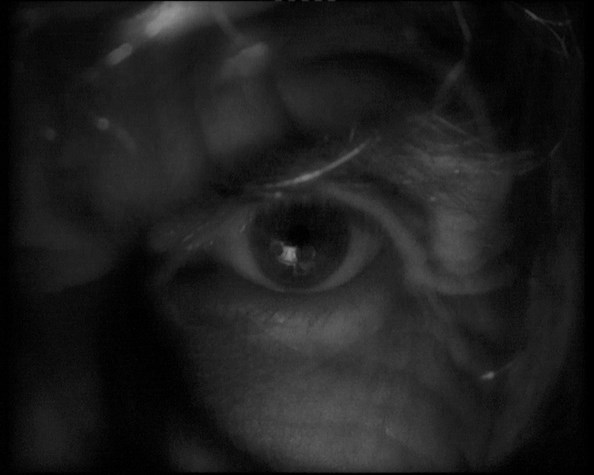 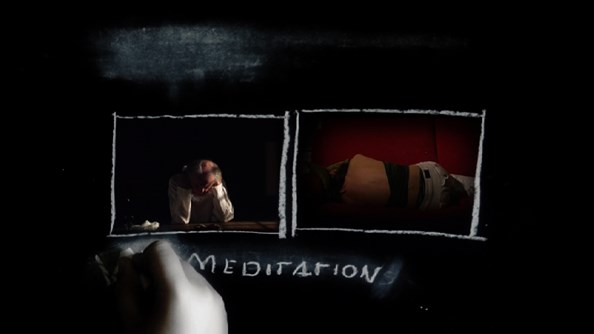 TS: I think it can and I think it does, both negatively and positively. I think it can happen most positively on a micro-scale through personal contact with art. When it happens on a macro-scale, the change is usually not directly due to the art but rather its instrumentalization via mass media. However, most art today is simply consumed.

TS: At the beginning, my work was more narrative. But it is something that continues to interest me and I would like to develop it in a feature-length film at some point. I seem to have a natural tendency to produce work of lengthier durations than is often found acceptable in art. So cinema, albeit experimental, might be a possible destination for such works. I also made a longer video art work for an opera at Madrid's Teatro Real two years ago, which is a format I would like to work in again.

AD: Is sophistication and aesthetic accomplishment in the eye of the beholder?

TS: Yes, though years of art history can certainly teach us something about aesthetic accomplishment. Video, moreover, is all about framing your image, what you want to show or hear and what you do not... so it's not all in the eye of the beholder - unless of course, they decide to look away from the screen. I suppose I would be most interested in the synesthetic experiment of trying to make the eye of the beholder hear.

TS: "The social role of art," this sounds very grandiloquent. I organize a small video art event in Madrid called "Voces en Off" at which we screen videos by lesser-known artists. Normally we invite the artist to attend the screenings and we have a friendly crowd who can ask the artist about the works they have just seen. Then we share a glass of wine after. It's very simpático and social. I have not given much thought to how people will remember me.

TS: I have no experience of art school. I studied theatre at university in the UK and now I live in Spain. So I am an outsider. I have noticed that artists from art schools have a good support network via their schools and professors.

TS: I think there are many art worlds and markets. I do not have much contact with the latter in any of its forms. Art is waste, in that it serves no discernibly useful purpose, but I do not think this means it is necessarily elitist.

AD: What is the last great book you read? Any other thoughts/projects to share?

TS: I have just read "The Vegetarian" by Han Kang which I really enjoyed, especially the first two parts. Perhaps I should mention, to avoid confusion as there are various artistically involved individuals named Tom Skipp, my official website is www.estrellasonora.com.