“The beginning of the 21st century is a great time for the world’s autodidacts.” An interview with Peter Shear 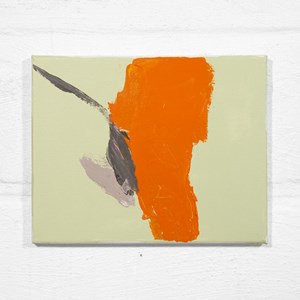 Sitting down to read an article in Vulture by Jerry Salz titled ‘The Art World Needs a Jolt. The Electricity Is Coming From Some Surprising Places’ I was struck by one particular line. It fascinated me. Salz writes “Now come the small geometric abstractions of Peter Shear who combines personal geometries, Andrew Masullo and Raoul De Keyser. Bookmark this artist.”

Sitting down to read an article in Vulture by Jerry Salz titled ‘The Art World Needs a Jolt. The Electricity Is Coming From Some Surprising Places’ I was struck by one particular line. It fascinated me. Salz writes “Now come the small geometric abstractions of Peter Shear who combines personal geometries, Andrew Masullo and Raoul De Keyser. Bookmark this artist.”

Looking at Shear’s work, I too was reminded of the work of Raoul De Keyser. The intimacy of his paintings instantly attracted my attention. I wanted to know more about the man behind this work so I reached out to ask for an interview, which he accepted immediately.

Artdependence Magazine: You are a self taught artist. What was your education and what did you do before?

Peter Shear: I think ‘self-taught’ is a bit misleading. ‘Unschooled’ is probably more correct. I began college studying journalism, but artmaking was also beginning to take a more primary role in my life. When I was young I spent a great deal of time drawing. I didn’t have any special ability, but it gave me a lot of pleasure to disappear into the act. For a while, as a teenager, I was very invested in movies and I began running around with a videocamera. By the time I entered college I was spending more time looking at and making creative work than studying. I left school for some years and that was when I began to paint more seriously. Art school was always a little out of reach, and at the same time, I had my own trajectory. I was taking in a lot and making a lot of work. That was very exciting but also nervous-wracking. You suddenly see how invested you are in something that gradually becomes more consuming and starts to become a form of identity.

AD: Is being ‘unschooled’ an advantage?

PS: I think it seems more like an advantage in hindsight. Outsider status has advantages and disadvantages. One could argue that the advantages are more compelling. Self-taught probably means something very different to my contemporaries than it did 50 years ago. I came close to art school a couple of times but the money was either not there, or the timing was wrong. When I began to read art magazines in the 90’s a certain small number of blue chip schools were putting a lot of emphasis on the MFA from. I really wanted to get that pedigree, but it never worked out. However, everything I thought I was doing wrong worked out pretty well in the long run. I think I became more serious about painting at exactly the right time. I was living outside of the city and I wasn’t at a proper art school, but suddenly the interet was available. I was able to look at all kinds of art and read everything. Most importantly, I was connected to a community around the world. I could become reasonably informed about what had happened and what was happening in a way that would have been impossible for someone living in Bloomington, Indiana a generation ago. The beginning of the 21st century is a great time for the world’s autodidacts.

AD: Your works are on small canvasses. Did it just happen that way or did you plan it from the beginning?

PS: It just happened and I wasn’t always comfortable with it. Earlier on, I worried that I was sacrificing something important by working at a more intimate scale. Big paintings were so present 10 years ago. I’ve made some larger paintings that felt successful but I have the most fun when the work is small. I like working on a table. When I began I would use supports that were around 18 x 24 inches - maybe a bit larger at times. Now, most of the paintings are 10 x 8 inches and they feel big to me. Working small has a few pretty obvious advantages, chiefly that one can cycle through ideas without making the act of painting too precious. I can work on many things at once, and I often do. Most of all the work is small because that’s what’s available to me.

AD: Your works seems to be influenced by Raoul De Keyser. Do you agree?

PS: One of my favorite things about Raoul De Keyser is how generous the work is. I’ve definitely received a lot from him. I was recently looking at a catalog of his last work. It has a picture of him in his studio looking at those paintings. It just looks like a fantastic place to be in the world. The paintings are containers for the thoughts and feelings they produce. They are very economical and elegant vessels. He’s one of my fondest contemporary influences and an example of an artist making ambitious work outside of the city. That has a certain attraction for me.

AD: How does the idea of a painting come along and when do you decide on a title?

PS: The end product is really just the idea manifested. Sometimes I begin with a great idea, but the painting quickly falls apart when I reverse engineer a composition. It just doesn’t work for me, it feels like bad acting as opposed to a more spontaneous set of decisions. It’s better that I begin without a plan, as open as possible to what might happen. What usually happens is that marks accumulate and are canceled out. Most important is that I’m able to recognize when the image arrives at an intersection of reference and meaning and to stop painting. There’s something convulsive in that recognition which hopefully is arrested in the painting. I usually pick up on the titles as I’m moving through my day. It can be a phrase on television or something I’ve read. I attach them to the paintings intuitively. The images and the word can enjamb in a way that is messy but which I find interesting. For a long time I thought: ‘No titles. Numerals only.’ Some of my heros worked in that way and I wanted to be like them, but I’ve come around to titles and I always try to find one that works. Some paintings I find are resistant to titles so these I’m happy to leave untitled. That’s their thing.

AD: What are your plans for the future?

PS: My show Magnolias All At Once at Fortnight Institute in New York is open until August 13. When the work comes down there will be a space to reflect on where the paintings are at and where I am at too. The studio feels very lively right now. I feel I have a lot of room to move around and grow the work. I like it best when paintings are running just a bit ahead of me and feel hard to pin down. Hopefully there will be more pursuit in the future.

All images are courtesy Peter Shear.