"The Idea is to Raise People’s Awareness of Issues" - an Interview with Andrea Kunard, Curator of Anthropocene 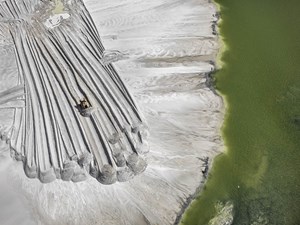 Two simultaneous, complementary exhibitions of Anthropocene opened on September 28th at the National Gallery of Canada (NCG) and the Art Gallery of Ontario (AGO). ArtDependence Magazine had a chance to talk to Andrea Kunard, the curator of Anthropocene at the NGC about the project.

Two simultaneous, complementary exhibitions of Anthropocene opened on September 28th at the National Gallery of Canada (NCG) and the Art Gallery of Ontario (AGO). The website dedicated to the exhibition defines Anthropocene as the current proposed geological epoch, in which humans are the primary cause of permanent planetary change. Three major artists: world-renowned photographer Edward Burtynsky and multiple award-winning filmmakers Jennifer Baichwal and Nicholas de Pencier have created a powerful combination of photographs, film installations and augmented reality (AR) points. Journeying us to places drastically changed by human life, suffering by way of climate change, mass extinctions, invasive species, technofossils, the terraforming of land, the redirection of water, and anthroturbation, etc.

ArtDependence Magazine had a chance to talk to Andrea Kunard, the curator of Anthropocene at the NGC about the project.

ArtDependence (AD):  In order to fully experience the augmented reality installations and integrated video displays, visitors are encouraged to download the AVARA app. Is this a homage to fashion and new technologies or an essential element to immerse in the show?

Andrea Kunard (AK): The new types of experiences offered through digital technologies are very interesting and I welcome the opportunity to explore their potential within the gallery space. The exhibition showcases the creative capacity of more established lens based technologies, such as those associated with photography and film making. But it also incorporates the virtual extension of these lens based media, accentuating the shifting border between fact and fiction that photography has always excelled in presenting. For example, Sudan, the last male northern white rhinoceros appears through the app; however he is manifestly not in the gallery space. This type of display raises certain questions for me as to how we are experiencing the world though these digital devices, what we accept as reality, how we position ourselves when we interact with them, how that affects our relations with one another, what we accept as legitimate experiences, and whether or not the virtual will one day be more real than, or perhaps even a substitute for, the actual object.

AD: How did the idea of uniting these three creative personalities: Edward Burtynsky, Jennifer Baichwal and Nicholas de Pencier, appear?

AK: The idea for this ambitious project began in 2014 during the filming of Watermark, when Jennifer Baichwal was struck by the arid state of the Colorado River delta because of water diversion for crop irrigation. She asked Burtynsky if he would like to make Anthropocene a household word. 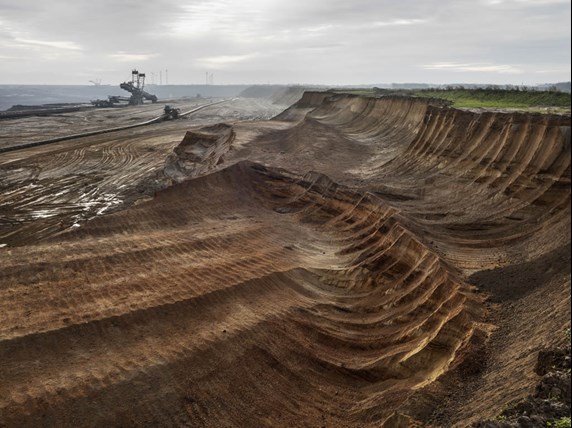 AD:  Running simultaneously and complementarily at the National Gallery of Canada and the Art Gallery of Ontario, Anthropocene is a first exhibition presented in two major Canadian art institutions. Why did you decide to organise it at the same time?

AK: The two institutions believe that through their combined efforts, the urgency of the message will be underscored. As well we have three award winning artists who have combined their incredible talents to provide viewers a glimpse into the enormity of the problem, at a global level. We are happy to showcase Canadian talent for this important subject.

AD: Some pieces will be common to both galleries, most of the installations will be unique to either Ottawa or Toronto. What were the criteria of choice for each institution?

AK: The criteria is always to show the best work, and that is something the artist and curators work towards. There is more space at the AGO, so more works could be chosen. As well, each institution has a different layout and approach to showing the photographs, films and AR installations which provides a different experience of the art in both places. 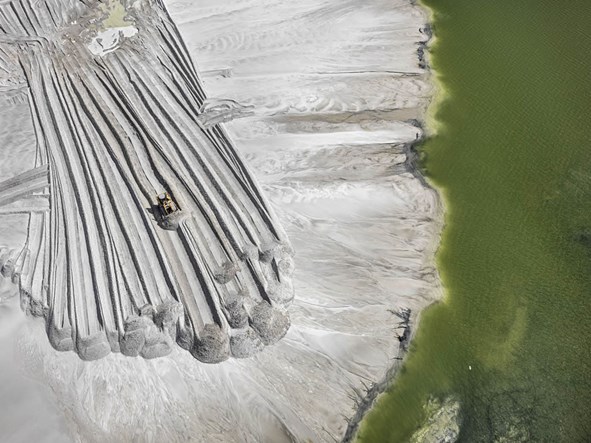 AD: The show is part of a larger project based on the research of the Anthropocene Working Group, an international scientific group trying to determine if the Earth has left the Holocene and entered a new geological epoch - the Anthropocene in which many geologically significant conditions and processes are profoundly altered by human activities. Has the answer been determined?

AK: According to the International Union of Geological Sciences, we are now living in the Meghalayan Age in the Holocene Epoch. However, Burtynsky, de Pencier and Baichwal are following the research of the Anthropocene Working Group that confirms the designation of Anthropocene through the International Commission on Stratigraphy. No answer has been found yet, but the reasoning that would lead to the designation can be found at http://quaternary.stratigraphy.org/working-groups/anthropocene/

AD:  Where is the line between propaganda and art for you?

AK: I’m not quite sure why this question is being asked but for me, propaganda is a means to persuade someone to your way of thinking, through a singular point of view that encourages an emotional response, rather than alternative, detached or reflective arguments. My focus in this exhibition is to highlight the artists’ approach to their subject, which as Burtynsky has said, raises more questions than answers. The idea is to raise people’s awareness of issues, and we have set aside a section of the exhibition for people to access websites that will inform them further on the topic. We have also provided a white wall for them to respond with their points of view. As well, we are bringing in scientists and other experts to speak on various issues such as plastic pollution and species extinction. These talks will happen in the gallery. The idea is to emphasize the gallery space as a public area of engagement, questioning and critique. 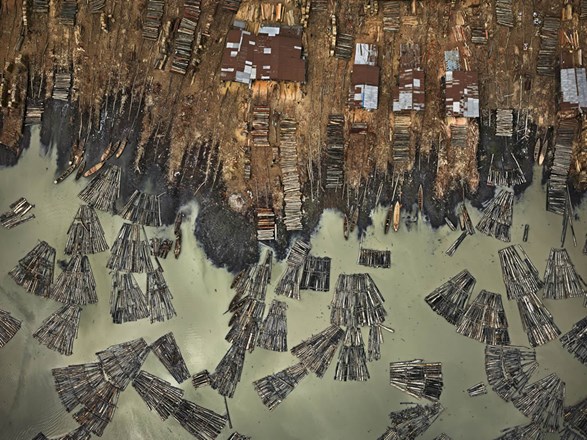 AD: Edward Burtynsky’s photographs are a highly esthetical account on urbanization and the endless exploitation of the Earth’s resources. Do you see any contradiction in this?

AK: Burtynsky creates highly crafted photographs which are visually very engaging. His subject matter is often difficult and people are torn when viewing his work; they are held by the beauty of image, and disturbed by what it depicts. Burtynsky understands the power of visual imagery to hold the viewer in a place of reflection or contemplation. As well, he employs different visual techniques when creating his work; he handles the social complexity of his subject matter by mixing documentary and aesthetic, painterly motifs. As a curator I try to bring out this interplay of the painterly and photographic; there are many art history echoes in his works. In addition, over the course of his career, Burtynsky has created bigger and bigger works that are highly suited to a contemporary art space. The result is large, very well realized photographs that are highly detailed. Such an approach is necessary to hold viewers’ attention in the White Cube. The size of the work is also a statement on Burtynsky’s part, of the enormity of the problem. A big photograph of a huge dump filled with plastic makes a very bold statement on our wasteful lifestyle. 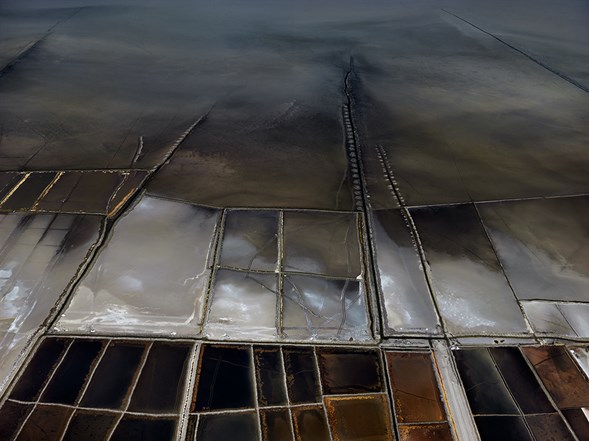 AD: Are you planning to show this exhibition in other countries?

AK: Yes, the next planned venue is Fondazione MAST in Bologna. The AGO is taking care of the touring component of the exhibition.